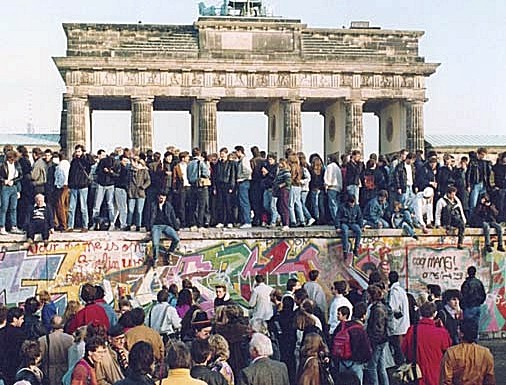 “We have to remember the past so the bad things will not be repeated, but it is also a mistake to live in the past.” Chancellor Gerhard Schroeder

A century ago, on 28 June 1919, the fifth anniversary of the assassination of Archduke Francis Ferdinand at Sarajevo in 1914, Foreign Minister Hermann Müller and Colonial Minister Johannes Bell representing a defeated Germany signed the Treaty of Versailles with the Allied and Associated Powers (except the United States) ending the First World War. The “War to End all Wars,” the war that in the words of American President Woodrow Wilson had been fought to “Make the World Safe for Democracy,” had finally ended. Otto von Bismarck’s creation of 1871 was gone. Its successor, the Weimar Republic, became Germany’s first attempt at democracy. It failed at the latest in 1933. Within twenty years of the end of World War I, on 1 September 1939, German troops invaded Poland, igniting the Second World War. Ten years later, two German states emerged from the devastation that war had wreaked, the West German state with the promulgation of the Basic Law on 23 May 1949, the East German state under Soviet tutelage on 7 October 1949. The second attempt at a democratic state under the guidance of the victorious powers France, Great Britain and the United States, succeeded in the western zones of occupation. Forward another 40 years, and the fall of the Berlin Wall on 9 November 1989 created the unified German state as it exists today, albeit considerably much smaller that it had been before 28 June 1919. As disparate, and unrelated, as these six dates between 1919 and 2019 may seem, they nevertheless form a continuous line of historical markers in the chronology of European and world history. But not necessarily for the Germans. For them, the history of contemporary Germany and Europe begins in 1933 at the earliest, often even later in 1945, but certainly not 1919.