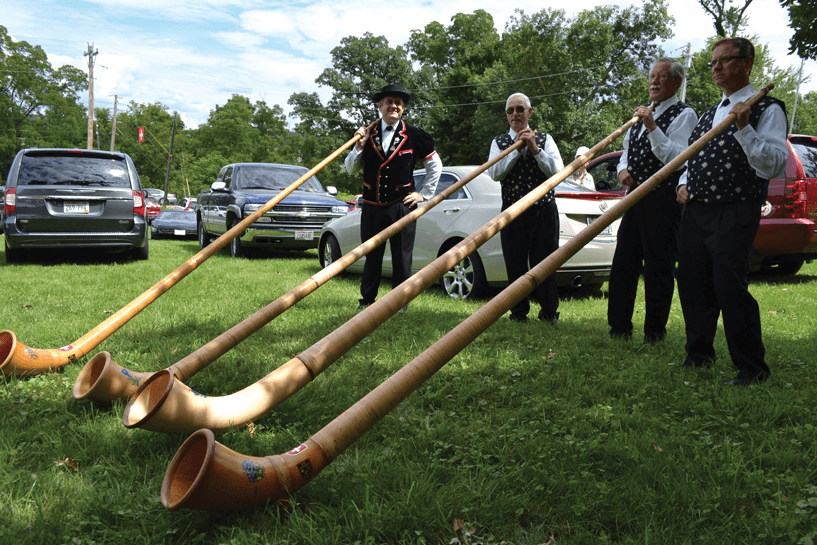 It’s a day Swiss-Americans look forward to all year. It’s always a day of food, fun, singing and dancing, and also a solemn day of remembrance and allegiance to Switzerland.

In New Glarus, Wisconsin, Swiss National Day, which has been celebrated in a formal way every August 1 since 1929, in commemoration of when Switzerland first became a country, takes on a special meaning because the majority of the residents are of Swiss descent.

The vibrant town, named after the eastern Swiss canton of Glarus, has a population of about 2,000 who swarm to William Tell’s Shooting Park on the edge of the village to proclaim their heritage in speeches, music, dance, Alphorn performances, yodeling, flag tossing and more.

By early afternoon, William Tell’s Shooting Park is packed with cars, bench seats under the large, shady trees are filled to capacity and there are plenty of customers for the “New Glarus veal bratwurst” from a local meat market stand set up at one end of the park, sponsored by the Männerchor New Glarus.