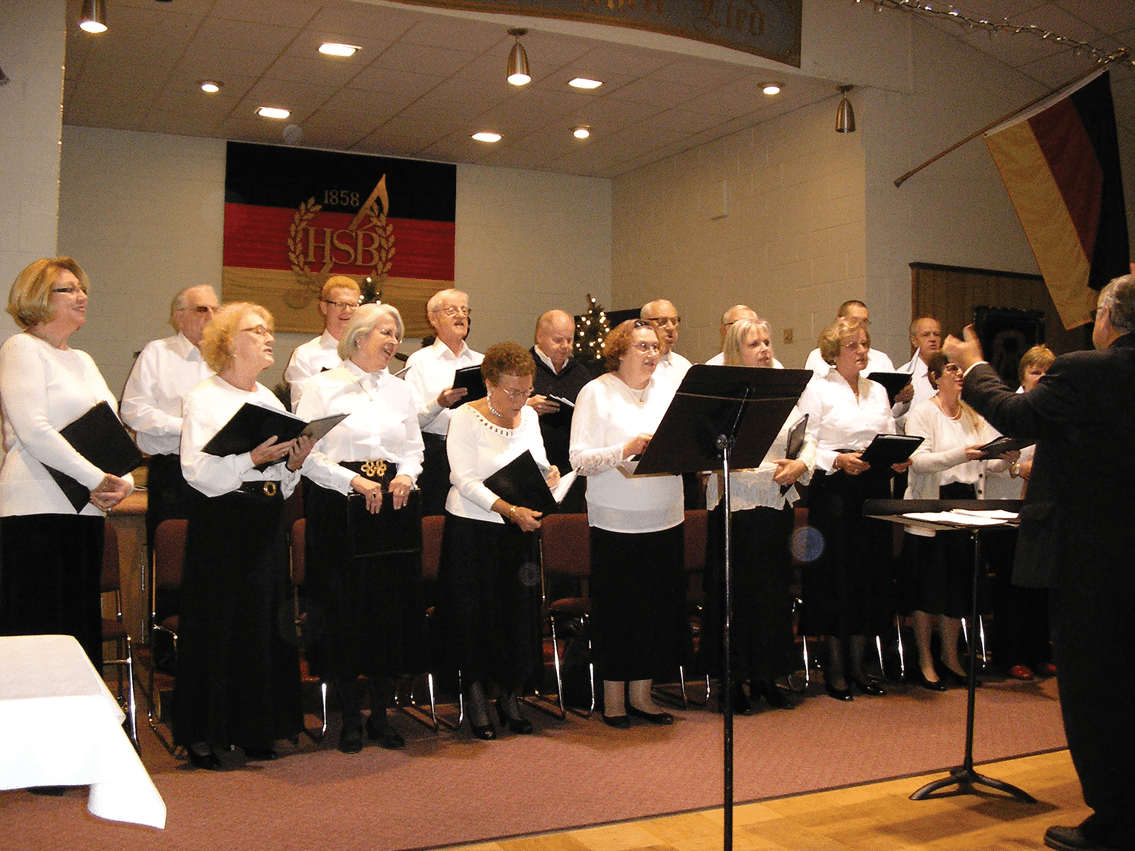 The Hartford (Connecticut) Sängerbund is celebrating its 160th anniversary this year, highlighted by a concert and dinner scheduled for Saturday, June 9. Singers past and present will perform at 4 p.m. at the Salvation Army Citadel in nearby Manchester, followed by dinner at 6 p.m. at the Manchester Country Club.

The official club motto is “Treu dem deutschen Lied” (loyal to the German song) and HSB has maintained an unwavering commitment to German choral music since its founding in 1858. The club began in Hartford and moved to its current location in nearby Newington in 1966.

Two years ago members elected the first female president in its history, Amy Swank. She joins a long list of distinguished presidents and officers, including her late husband, Phil.

“In 1858, our founders pledged their goal to preserve German culture in song. One hundred sixty years later, the Hartford Sängerbund continues to honor their pledge, preserving German music, observing German traditions and maintaining our identity as German-Americans,” Swank said.