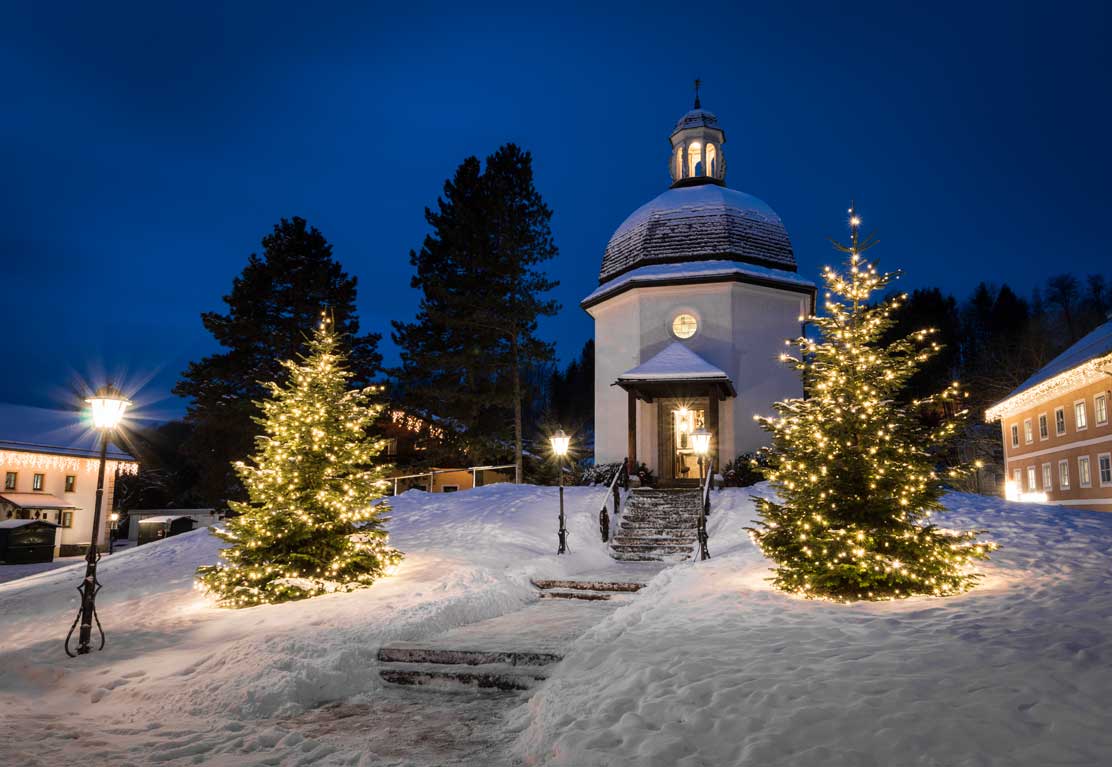 On the trail of the world’s most loved Christmas carol.

On 24 December 1818, assistant priest Joseph Mohr traveled to the home of schoolteacher and parish organist Franz Xaver Gruber and handed him a poem. He needed his close friend to compose a melody to his text in time for the Christmas Mass later that evening. Hours later and with just Mohr’s guitar for accompaniment, the two men stood by the crib at the end of Mass in the parish church of Oberndorf, 12 miles north of Salzburg, and sang a simple lullaby of peace and hope for the very first time. Little did they know it, but the congregation of boat builders, salt shippers and their families were witnessing the birth of a song that would go on to capture the hearts of millions, stop a war in its tracks and still be going strong two centuries later: “Silent Night” or “Stille Nacht” as it’s known in German.