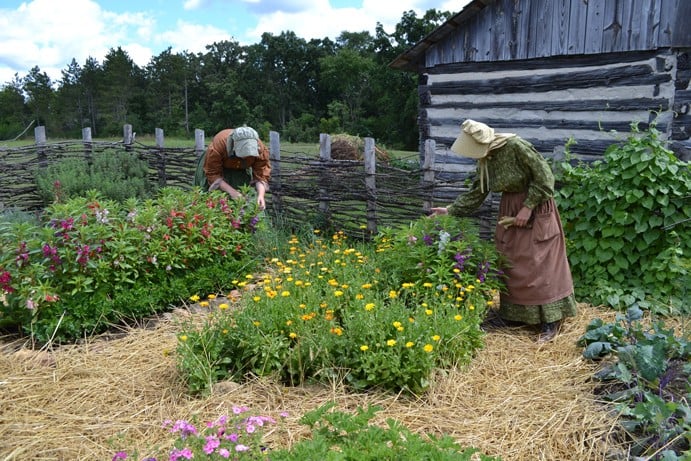 Slip back into the 19th century when many Germans migrated to the U.S.

There’s a place in Wisconsin where German history in America comes alive in a dramatic and eye-opening way.
Three German immigrant farms from 1860, 1870 and 1880 are the mainstay of the German area at Old World Wisconsin, a place of learning and discovery. The farms, which have been taken apart building by building and reassembled, represent a distinctive time period and culture from the past.

Leaving their “old world” behind, these German immigrants pulled up stakes and rebuilt their lives—and their farms—in the rural American Heartland in the 19th century. Since 1976, Old World Wisconsin, a 576-acre rural museum operated by the Wisconsin Historical Society, has entertained and educated thousands of visitors at this site. In 2015 the “living” museum was designated as one of the top 10 living history destinations in the United States by Family Tree magazine.