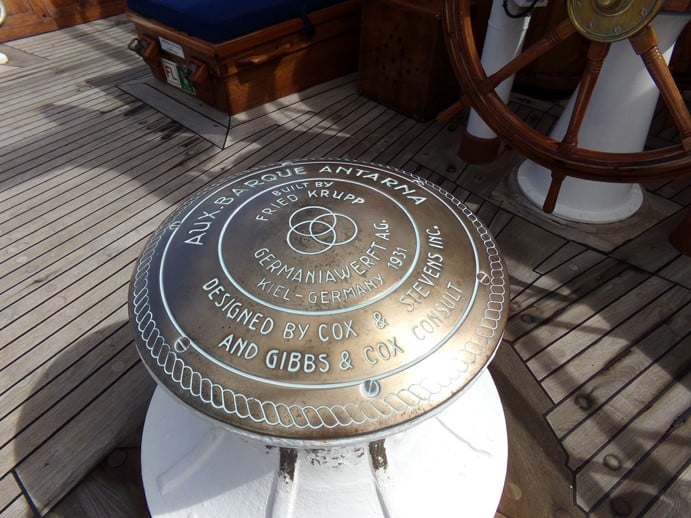 The year was 1931. Stockbroker E. F. Hutton was thriving on Wall Street despite a dismal worldwide recession. Cereal heiress Marjorie Merriweather Post was making millions on Post Toasties at six cents a box.

Hutton and Post, then husband and wife, owned mansions including the 20,000 square foot Mar-a-Lago, in Palm Beach, Florida. No bling was beyond their reach. Hutton commissioned the world’s largest private yacht to be built at Krupp Germaniawerft shipyard in Kiel, Germany. At 360 feet of German steel, the magnificent craft named Hussar V had hot, cold and ice water on tap, a hospital, a machine shop with welders and lathes, a jukebox with 36 vinyl records and enough fuel to cruise 20,000 miles.

The yacht’s eight luxury cabins had gold bathroom fixtures and fireplaces. A crew of 72 served pampered guests. They scrambled up four masts to set dozens of sails. They kept massive machines humming. Their experience allowed the Huttons, their A-list guests and their daughter “Deenie” who would become movie star Dina Merrill, to sail like sultans. Yet smooth waters and delightful sails weren’t the only experiences in store for Hussar V.