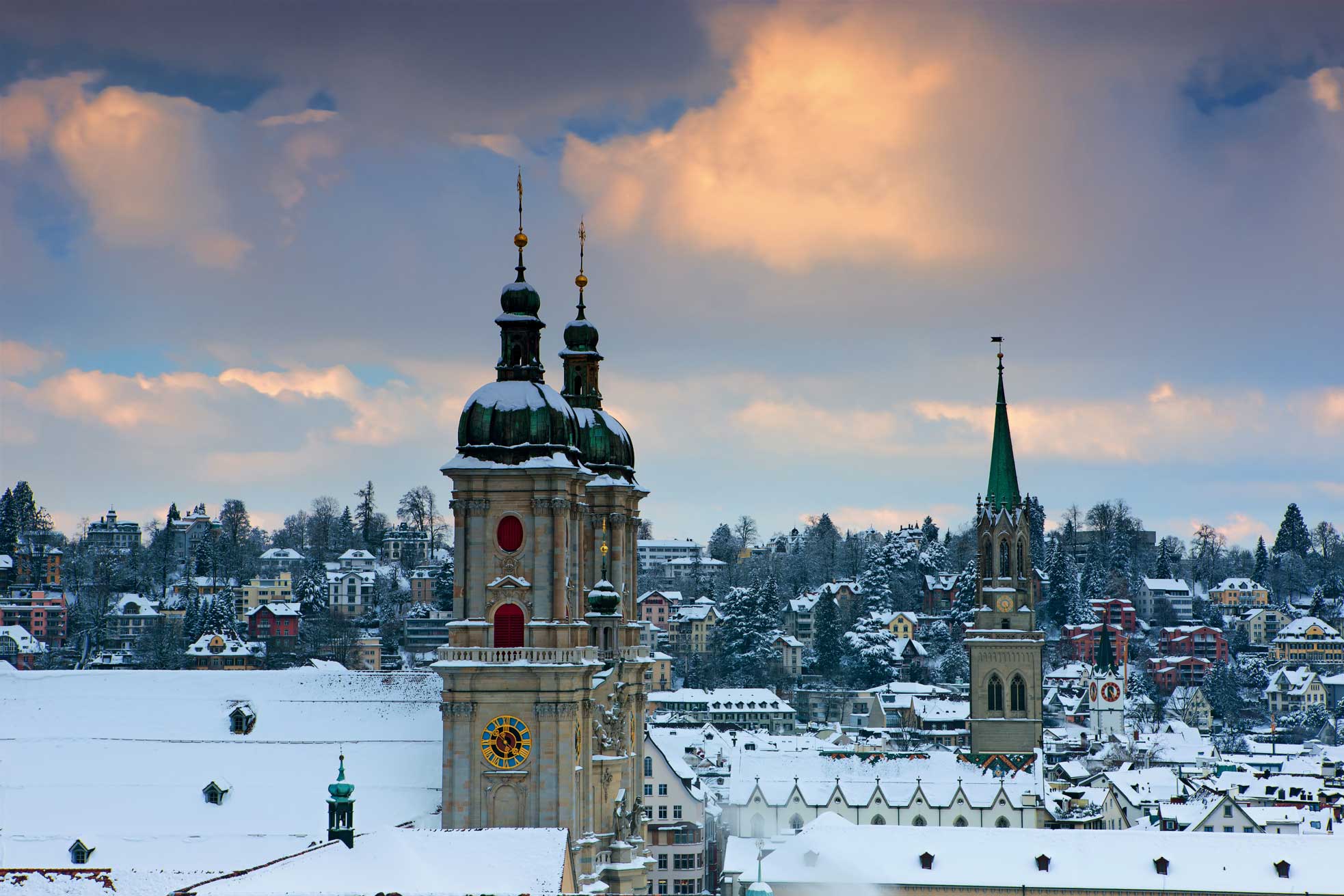 From a monk’s hermit cell to UNESCO World Heritage site, the St. Gallen’s Abbey Library fascinates on many levels.

In 612 A.D., an Irish missionary monk named Gallus built himself a hermit’s cell and a prayer house in the quiet Steinach Valley that today lies in eastern Switzerland. Gallus had come with fellow missionaries to convert the heathen inhabitants of the area. Most of the missionaries moved on, but Gallus stayed.  His name lingers, of course, in the canton and city that bear it, but about a century after his death, on the site of his prayer house, a Benedictine abbey was erected. Today, 400 manuscripts that were written there more than 1,000 years ago and 170,000 books dating from the 15th to the 21st century are kept in a Baroque building that is 300 years old this year. St. Gallen’s Abbey Library is considered one of the greatest libraries in one of the most beautiful settings in the world. Indeed, the entire Abbey Precinct, that includes not only the abbey and library, but the Cathedral of Sts. Gallus and Otmar, a Catholic school, government buildings and a Lapidarium of ancient stone sculptures, is a UNESCO World Heritage Site.

As for Gallus himself, reportedly, he was a bookish sort. He had brought with him from his homeland a collection of liturgical works to be used in church services. But in 719, about a century after Gallus’s death, a local monk, Otmar who became an abbot, turned Gallus’s cell into a monastery. In 749, it became a Benedictine monastery, and it was then that books became truly important.