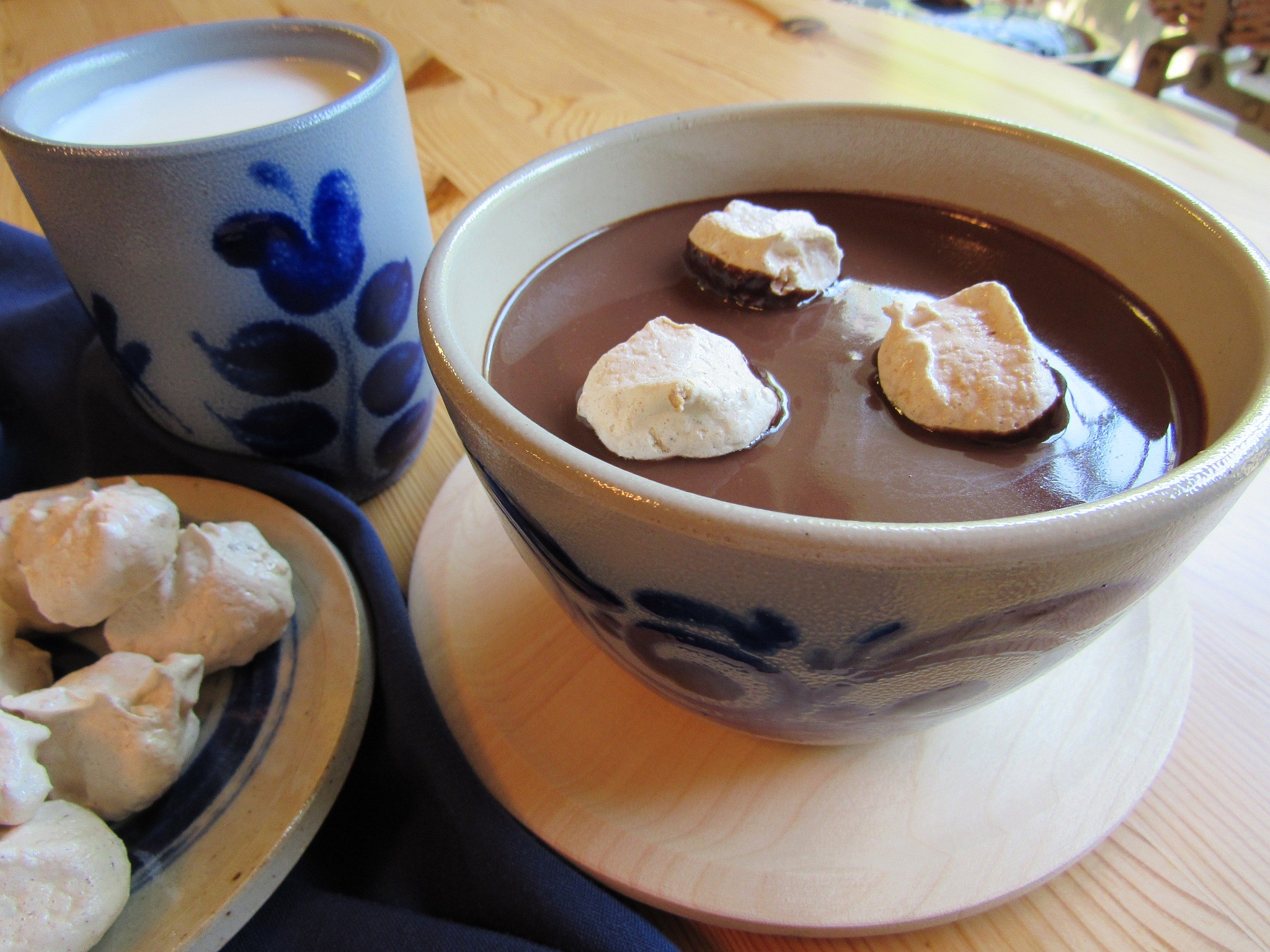 During the winter holidays, when you make that special dinner for Christmas or New Year, surprise your family and friends with chocolate soup for dessert. That’s right: chocolate soup.

Even though it sounds like a modern kid’s idea of the perfect meal, chocolate soup actually has a long history in German cooking. While looking through several German cookbooks dating from the early 1700s to the early 1900s, I found hundreds of recipes for soups—hot and cold, thick and thin, savory and sweet. But it was the recipes for chocolate soup that really caught my eye.

For centuries Germans have eaten nourishing meat, vegetable, and grain-based soups for breakfast, as the first course of larger meals, and as the main dish of lighter meals. (Sometimes peasants ate soup as their entire meal three times a day.) Sweet soups made from fruits, berries, wine and beer also found their way onto German tables—such as cherry soup with red wine and sugar, wine soup seasoned with nutmeg and saffron, and an elegant almond soup flavored with orange juice and raisins (all recipes in a German cookbook published in 1790). Culinary historian Ingrid Haslinger notes that “in some rural areas people had sweet soups for breakfast as late as the 1930s.”