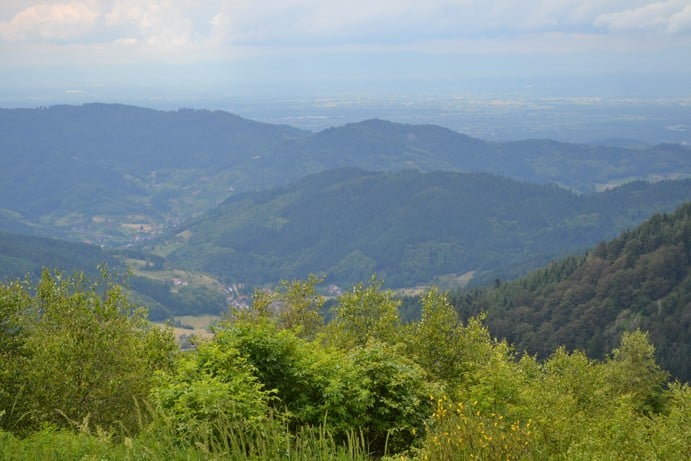 Wandering the B-500 through the country’s highest foothills.

It’s actually a bit hard to pronounce this rather lengthy 22-letter word with my limited knowledge of German—Schwarzwaldhochstrasse—but it becomes easier to say once you’ve actually been there and traveled the route. I found it a fun way to learn the particular meaning of this exceptionally long word.

The Black Forest High Road, celebrating its 87th birthday in 2019, is more officially called B-500, and if you drive it from Baden-Baden to Freudenstadt like I did, you will have seen some of the most eye-catching territory Southwest Germany has to offer. It is the oldest panorama road in Baden-Württemberg, and while it is a “tourist route,” you could also say it’s a “cruise with the views”. And there are many exceptional views on this high road that winds its way alternately between Baden-Baden’s altitude of 525 feet and just below 3,800-foot-high Hornisgrinde, the highest point on the route.

Within this 37 miles is a good stretch of the Black Forest, that often-talked-about rural area with quaint villages that exude a ton of charm, along with a basketful of traditional crafts. For centuries this area has been the stuff of legends, myths and fairytales, told from parents to children, and to their children. Today, it’s a natural paradise and the largest nature park in all of Germany.