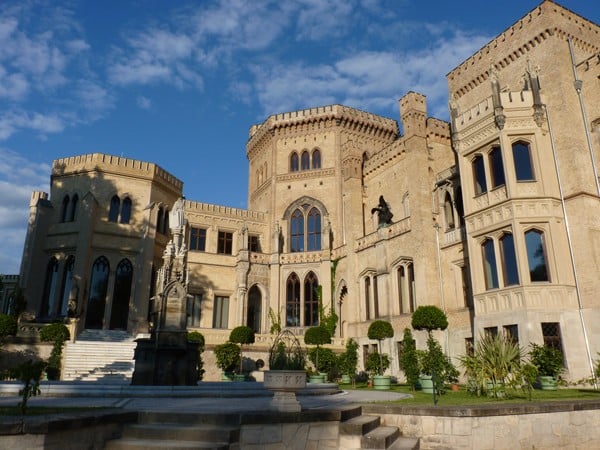 Tracing the heritage of a film capital.

It was in Babelsberg, in 1833, that Prussian Prince William and his wife, Augusta, received, as a gift, a beautiful hill on the banks of the Groß Glienicker See (Great Glienicke Lake). In time, they began the creation of a stunning English-style park and the building of a palace there.

It was to Babelsberg, in 1912, that the German film company Deutsche Bioscope moved from Berlin. Within four years, it had established itself as the largest film production company in Europe.

It was in Babelsberg, in 1930, that 29-year-old actress Marlene Dietrich had the first memorable role in her film career when she starred in one of Germany’s first movies with sound—Universum-Film Aktiengesellschaft Der Blaue Angel (UFA’s The Blue Angel). Shortly after its premiere, she and the picture’s director, Josef von Sternberg, left for the United States.

It was in Babelsberg, at about the same time, that a talented young Englishman Alfred Hitchcock, clever with art and enamored with film, seriously entered the movie industry by designing sets and experimenting with directing.