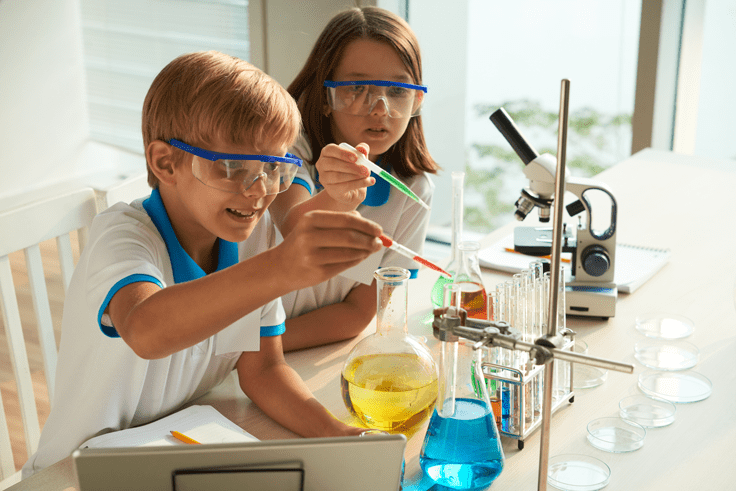 A common science definition says: “Science is the field of study concerned with discovering and describing the world around us by observing and experimenting. Biology, chemistry and physics are all branches of science.” The German world has led in these fields, especially in the past two centuries, although many countries have caught up after World War II and with the introduction of the computer and other devices of artificial intelligence. English has become the world language for science, and the United States has taken the lead in the number of Nobel Prize winners in physics and chemistry, in medicine and other related areas. Annual U.S. high school science fairs lay proof to the excellence of young Americans in the sciences, as do the outstanding centers of higher learning, such as MIT (Massachusetts Institute of Technology) and other universities throughout the country. The Swiss, Austrians and Germans still deliver high caliber results in scientific research, especially in pharmaceutical products. Examples include the highly distinguished medical Swiss firm Hoffmann-La Roche, founded in 1896 in Basel (which also has business representation in the U. S.), or Bayer in Germany, who created the well-known and widely advertised white pain killer “aspirin”. Of course, there are a plethora of other applications of European scientific and technological merchandises. In short, the elite and professional world of science is well established everywhere, including Asian countries—China, Japan, even India, etc. And yes, today they all use English as their lingua franca yet base their knowledge in mostly European discoveries.