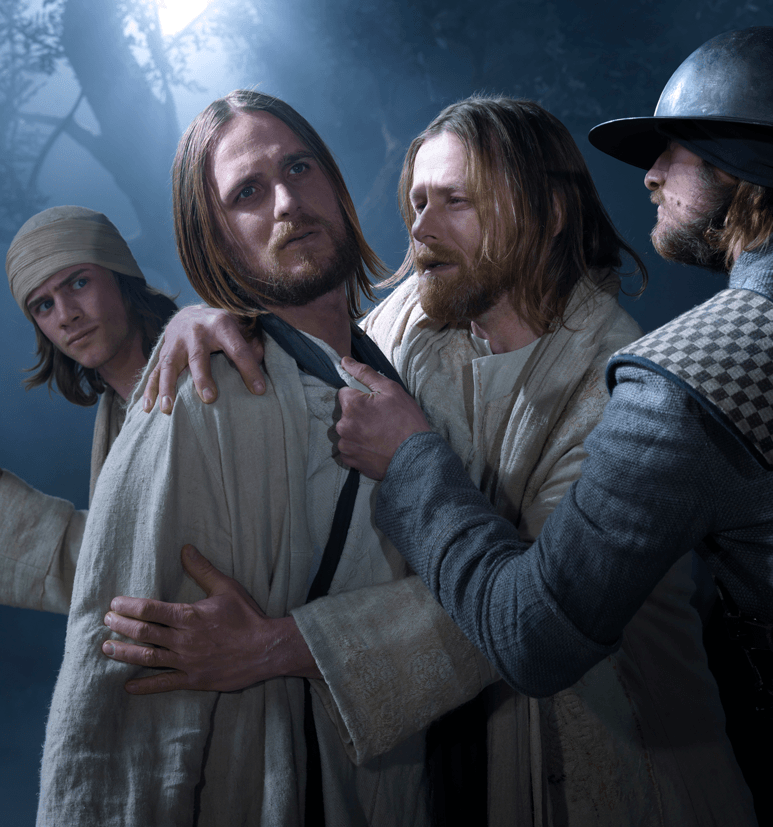 A village in the grip of passion.
By Jackie Guigui-Stolberg

I took the train one hour south from Munich to the village of Oberammergau on a Friday in November 2019, hoping to talk to people there about their world-famous Passion Play. Rehearsals for the 2020 play season, the first in ten years, were about to begin. I had no appointments for interviews, but it was easy to find people willing to stop whatever they were doing for a spontaneous chat: on street corners, in souvenir, clothing, or food shops, in a pottery studio, in a pharmacy, in an electronics store.

I’d heard that Oberammergauer feel strongly about their Passion Play, and I saw and felt it that day. They’ll need plenty of passion to pull off the 103 epic performances that are planned from May 16 to October 4, 2020. Each will last more than five hours and will include eleven acts, called “presentations:” a mix of spoken introductions, orchestral and choir music, and acting scenes. A dozen “living images,” tableaux showing actors frozen in poses from Old Testament narratives, will invite moments of contemplation in between.

This Passion Play season will mark the 42nd time in almost four hundred years that the people of Oberammergau will fulfill a pious vow in this theatrical way. Of course today’s villagers are not as pious as their ancestors were back in 1633, when they first promised to stage a Passion Play every ten years in perpetuity if God would save them from the Plague. Nor are all Catholic anymore, and many are not religious in any way. And this year, for the first time, two Muslims—locally-born sons of Turkish immigrants—will play major roles. Abdullah Karaca is the assistant director of the play and will also play Nicodemus. Talented 18-year-old Cengiz Görür will be Judas.