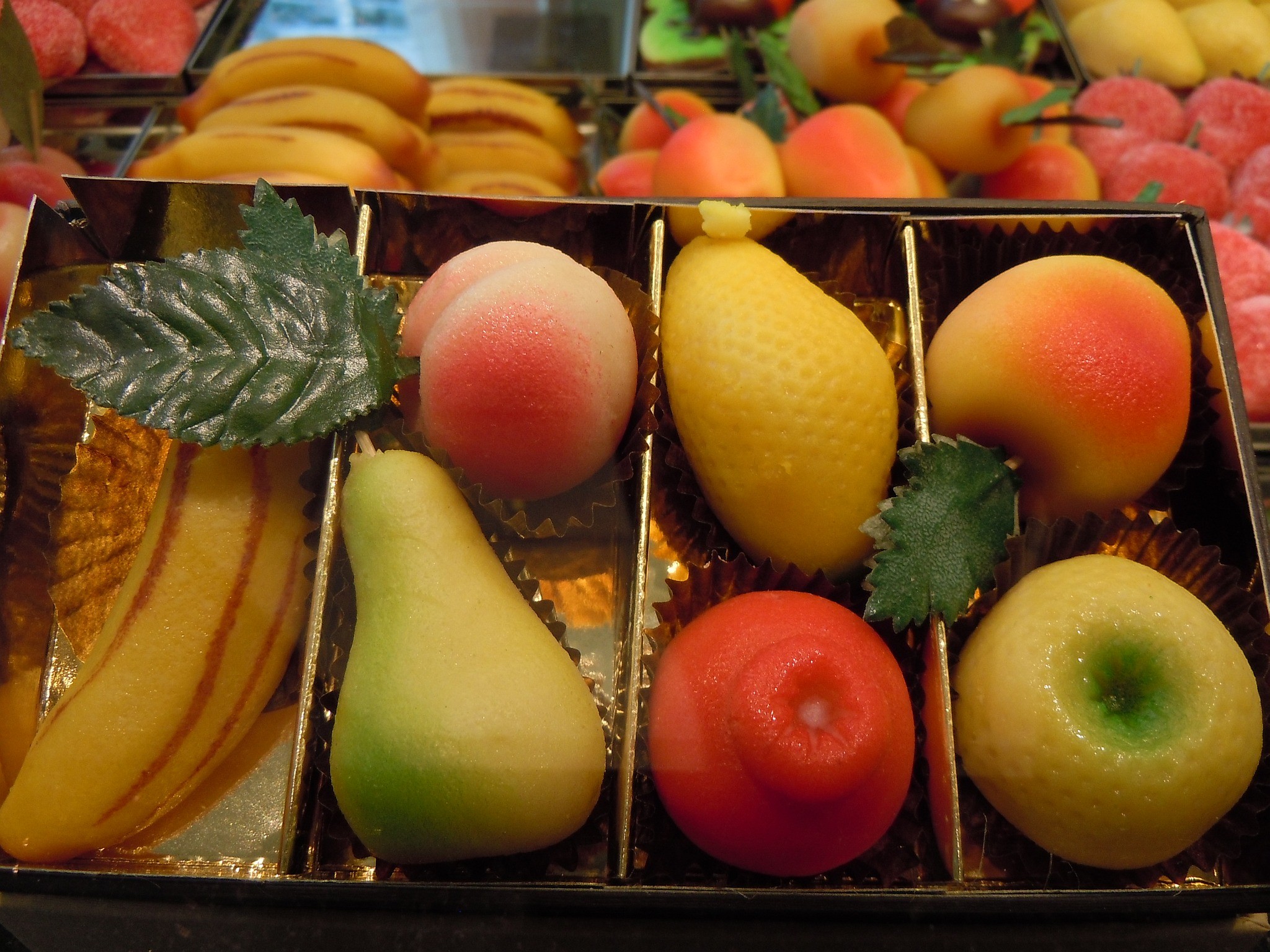 It’s not hard to see why we’re “nuts” about this marvelous confection.

I admit it: I’ve never met a marzipan I didn’t like. I’ve been in love with this confection ever since I first tasted it as a child in Texas. Back then, marzipan was a rare and expensive treat, often difficult to find in the U.S. But when I later moved to Germany, I discovered a whole world of marzipan, enough to nourish my lifelong love affair with this seductive sweet.

Culinary historians think that marzipan originated in the Middle East at least 2,000 years ago, probably in Persia (present-day Iran) where finely ground almonds were combined with cane sugar to make a sweetened almond paste. Later it was the Arabs who expanded almond and sugar-cane cultivation around the Mediterranean, into the areas of North Africa and southern Europe that they conquered and colonized between the 8th and 11th centuries. After Arab power waned in southern Europe during the 11th to 15th centuries, the secrets of marzipan-making were preserved by nuns in Catholic convents, who produced these sinful sweets for sale to support themselves. That’s why former Arab-ruled lands such as Spain, Sicily, and Malta still have strong marzipan traditions today.