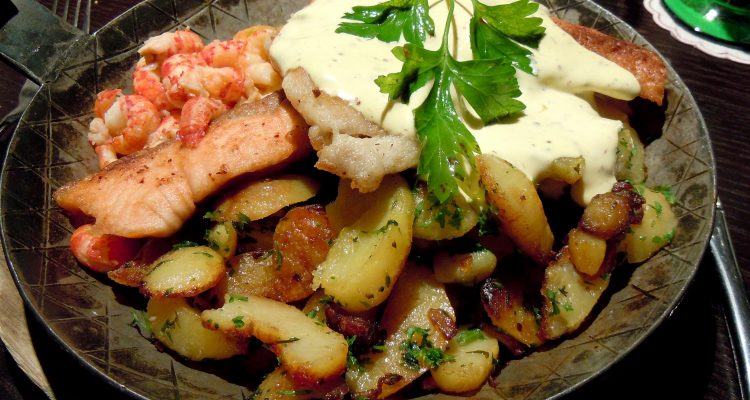 … and some say Erdbirne, or Erdapfel, or Krumbirn or Grumbeere, Tartuffel or, when deep-fried, even Pommes, all of which are terms used to describe this most humble root vegetable that is eaten daily by hundreds of millions of people all over the world. Brought to Europe in the early 17th century during what historian Alfred W. Crosby in 1972 described as the “Columbian Exchange”, the meeting of the European and American ecosystems after millions of years of separation, the impact of food crops from the Americas such as maize, the tomato, quinoa and peanuts, but especially the potato, on the nutritional health of the peoples of Europe can hardly be overstated. In his essay “How the Potato Changed the World’s History”, historian William H. McNeil in 1999 even claimed that the humble potato laid the foundations for European empires: “By feeding rapidly growing populations, [the potato] permitted a handful of European nations to assert dominion over most of the world between 1750 and 1950.” In other words, in conjunction with Guns, Germs and Steel, to quote the title of Jared Diamond’s 1997 Pulitzer Prize-winning book, the potato helped fuel the rise of the West.