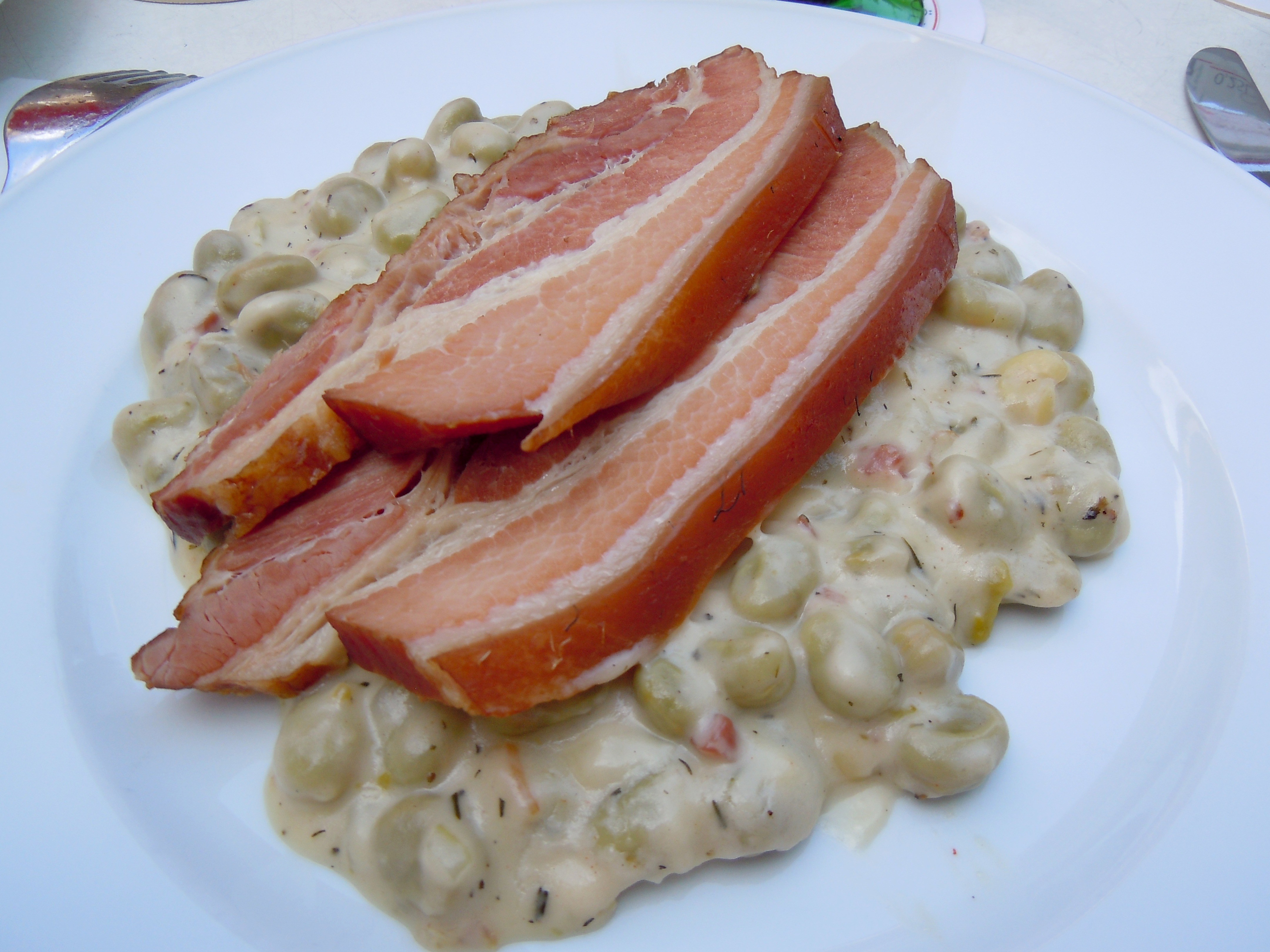 Germans aren’t just partial to pork, they’re passionate about it. They eat all parts of the pig, from the snout, tongue and ears to the rump, tail and feet.  Any way you cut it, the pig is the most popular source of meat in Germany.

Pigs are an efficient meat-and-fat-producing animal. These fast-growing omnivores will eat almost anything you feed them, so they’re an excellent way to recycle kitchen scraps. In earlier times, pigs were raised not only by farmers but also by city dwellers who kept a pig or two in an enclosure in the yard behind their homes.

Today, pork products are not only well loved in Germany but also well known beyond its borders. Surely “the sausage capital of the world,” Germany produces at least several hundred (maybe more than a thousand) kinds of Wurst (sausage), much of it made from pork—fresh, cooked, or cured; smoked or unsmoked—including the original smooth-textured Frankfurter, coarsely ground Bratwurst, white Bavarian Weisswurst (veal-and-pork sausage), spicy red Polish-style Kolbassa (seasoned with paprika) and black country-style Blutwurst (blood sausage). There’s also Sülze (“head cheese”), made of pieces of chopped pork (cheeks, tongue, various innards) suspended in aspic, as well as its cousins known as Sülzwurst, Presskopf and Press-sack, some of them encased in a pig’s stomach.