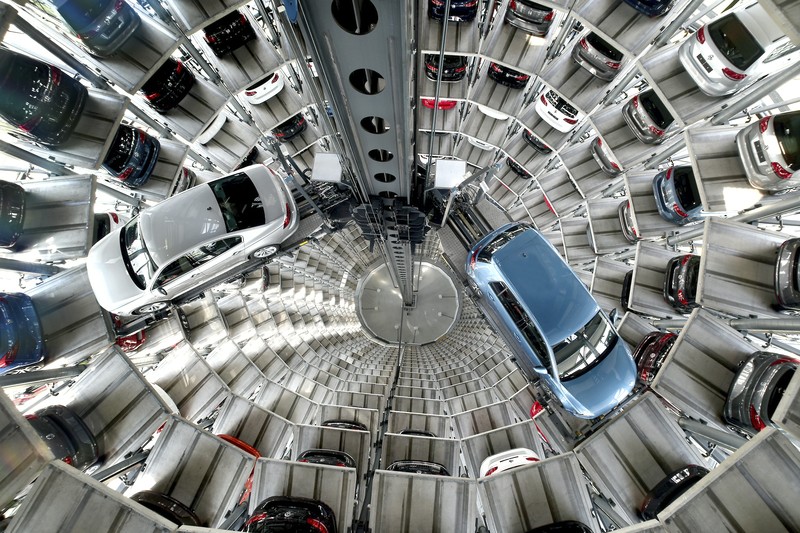 As Saturday Night Live’s Roseanne Roseannadanna so often reminded, “It’s always something. If it ain’t one thing, it’s another.”

In 1979 it was Khomeini getting rid of the Shah and Jimmy Carter starting a phased deregulation of domestic oil prices. The result was the highest crude oil prices of the century (a number not exceeded until 2008), a major fuel shortage, high gas prices (86 cents) and long lines at gas stations. An alternative some Americans turned to was diesel. It was cheaper and delivered much better mileage than gasoline. In 1979, however, other than a few rare but dreadful Oldsmobiles and Peugeots, and some fairly expensive Mercedes models, there were few diesels in U.S. auto dealer showrooms.

During that year we began to hear tales of clever folk who had traveled to Germany to purchase one of Volkswagen’s new Rabbit diesels for about $6500 at the VW factory in the German town of Wolfsburg, about 50 miles east of Hanover. These North American buyers drove their Rabbits around Europe for a week or two and then shipped them back home where they sold the cars privately for a nice profit at over $9000. In a time when 20mpg was considered good mileage, the Rabbit’s 45mpg/city and 57mpg/highway mileage was a phenomenon.
So off Liz and I went. First to Copenhagen on SAS, then on Lufthansa for the trip to Hanover. The lasting image of that air journey was boarding Lufthansa in Copenhagen where all passenger luggage sat on the tarmac near the plane. It was not until each passenger had personally identified his or her gear that it was loaded onto the airplane. This, of course, was before suicide bombing became a popular terrorist tactic.