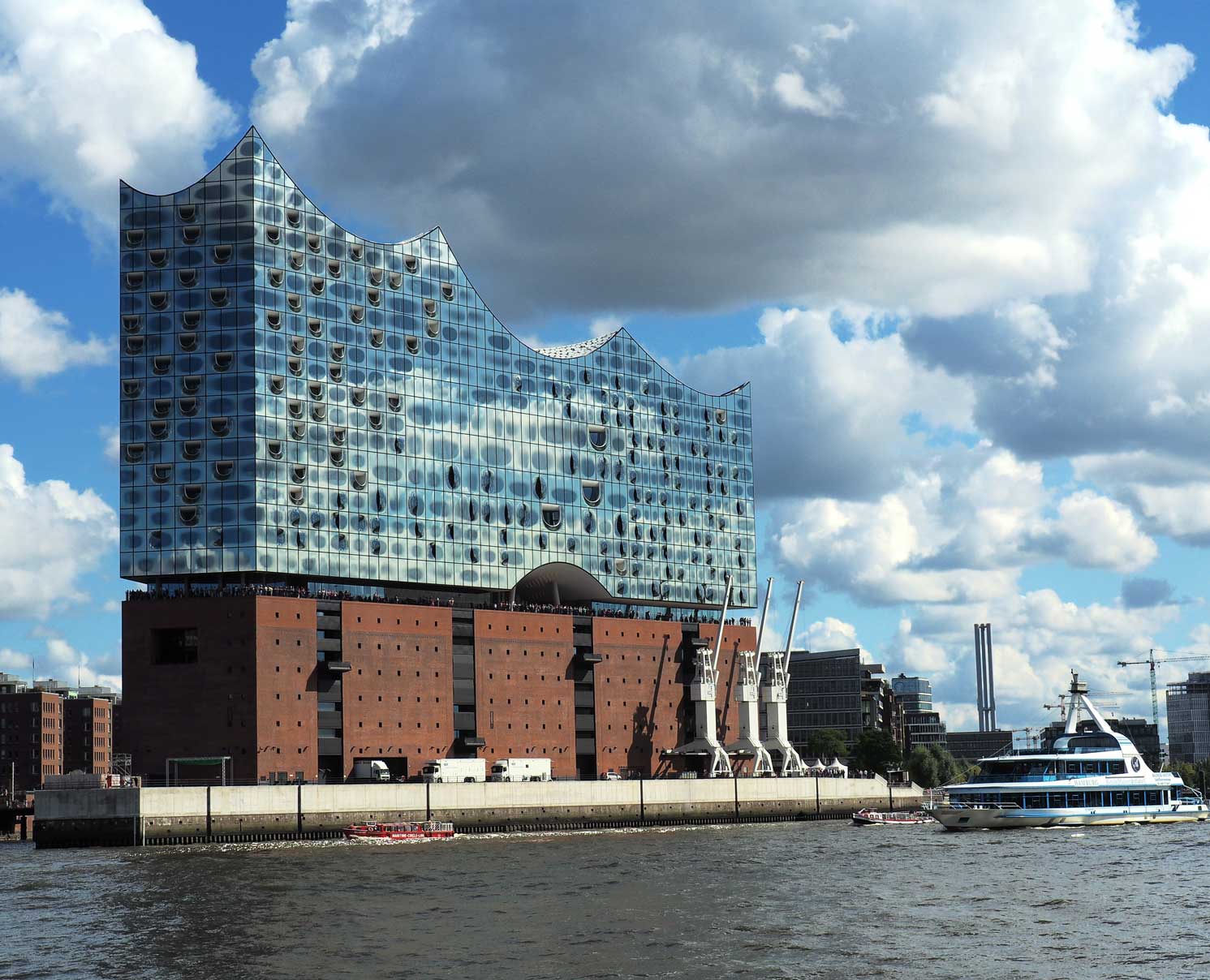 It has been the talk of Hamburg for well over a decade but the city’s newest cultural venue is a glorious addition to this wonderful city.

“As Exciting as a Thriller,” (So Spannend wie ein Thriller) was the headline for the concert review in the Hamburger Abendblatt newspaper. Composer Friedrich Cerha’s “Spiegel,” 90 minutes of “New Music,” kicked off this year’s concert season at the Elbphilharmonie, the city’s sensational new concert hall. The gala grand opening, some nine years behind schedule, was celebrated last January.

Whether they found the concert exciting or not (many did not), most in the audience were excited, if not thrilled, to be inside this “cathedral of perfect sound” which has been in the works for more than 13 years, garnered media attention around the world, grossly surpassed cost estimates with a final price tag of $843 million, and has sold out the 2,150 seats for each performance in its Grand Hall for many months to come.

My lucky star was shining. I had the good fortune to join two music critics and attend this fascinating concert. My friends were envious. “That is not possible. I have tried many times to get tickets,” lamented friend Gerlinde who often visits her daughter in Hamburg.

My knowledge of music is limited, very limited, and while I would not buy the CD of “Spiegel,” I was mesmerized by this very different concert, a “classic of the avant-garde,” according to the Abendblatt. And, I was blown away by the Elbphilharmonie.