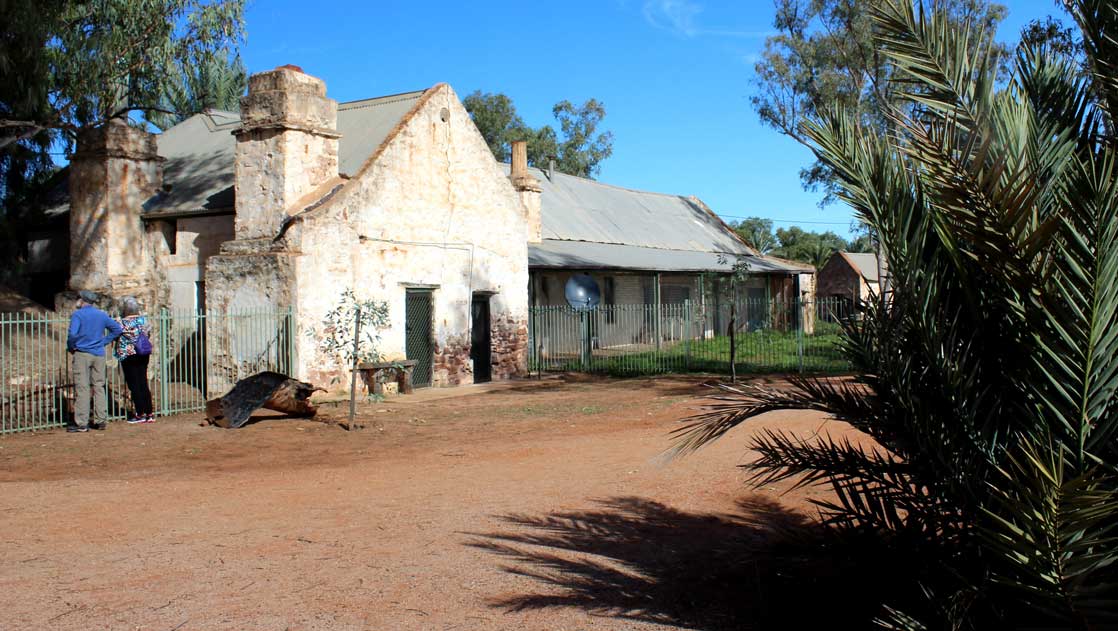 Lutheran missionaries settled in the far reaches of central Australia where daily life was a challenge and they left a lasting legacy.

I was watching the landscape as we drove into the bush. Lush grass and spindly ghost gums flashed past the window before the ever-present low-lying MacDonnell Ranges. Paddy-melons the size of baseballs, brought to Australia by Afghans as camel fodder, drifted across the red-dirt verge. Recent rains had rejuvenated the vegetation overnight and this was now a far cry from the arid outback I had imagined. The tedium of the long straight road ahead of us is broken by oddities: a cyclist loaded down with gear, straight out of The Adventures of Priscilla, Queen of the Desert; up-ended auto hoods which make a handy canvas for bush artists; and the strange line-up of four baby strollers on a low bluff, like some crazy art installation or maybe sacred aboriginal business. We are bound for Hermannsburg Mission, 79 miles west of Alice Springs, one of the last surviving Lutheran bush missions and part of Australia’s National Heritage.

Germans played a large part in Australian history. They were some of the earliest free settlers putting down roots principally in South Australia, and then later in the rest of the country, arriving in 1838 at Port Misery, then the main port for the town of Adelaide which had been founded just a year earlier. They were mostly the “Old Lutherans,” simple country folk fleeing the doctrinal meddling of Friedrich Wilhelm III of Prussia. Thirty five miles north of Adelaide was open rolling grassland near the widest of rivers and here they settled. Today, the Barossa Valley, as the area came to be known, is one of the world’s great wine regions.