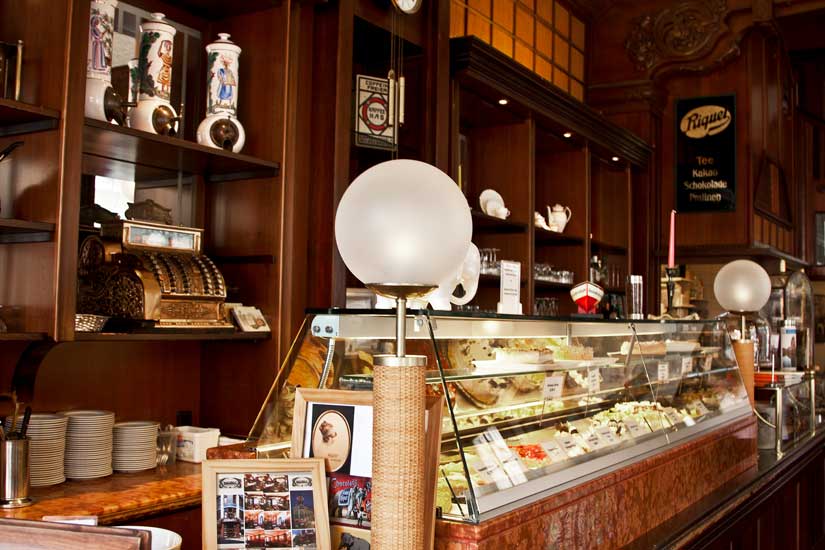 Discover Leipzig’s long history with coffee­—from beverage of the counterculture and definer of social status to inspiring decadent desserts.

Germany’s very first coffee house may or may not have been in Leipzig, but Germany’s coffee house culture was certainly born here. And Leipzig has the coffee houses to prove it. These were popular meeting places in the trade fair city as far back as 1695, and in the intervening centuries Leipzig residents have come to be known as Kaffeesachsen (Saxon coffee drinkers). None of the original 30 coffee houses remains, but several later ones do, one dating as early as 1711.

That was the year that coffee-lovers began gathering at Zum Arabischen Coffe Baum, a café near the Marktplatz in the Kleine Fleischergasse, and it was here that we began our tour through Leipzig’s three-century love affair with the aromatic bean. Given its long history—it’s Germany’s oldest remaining coffee house— Zum Arabischen Coffe Baum is an appropriate setting for the coffee museum that fills its upper floors.

Here the history of coffee unfolds in a series of displays and detailed descriptive panels (in German and English), with particular attention to Saxony and to Leipzig’s coffee houses. The more than 500 artifacts range from historic coffee grinders (Leipzig was Germany’s major manufacturer of these in 1700s) and roasting equipment to delicate porcelain coffee cups and vintage advertising. Together they tell a fascinating story.