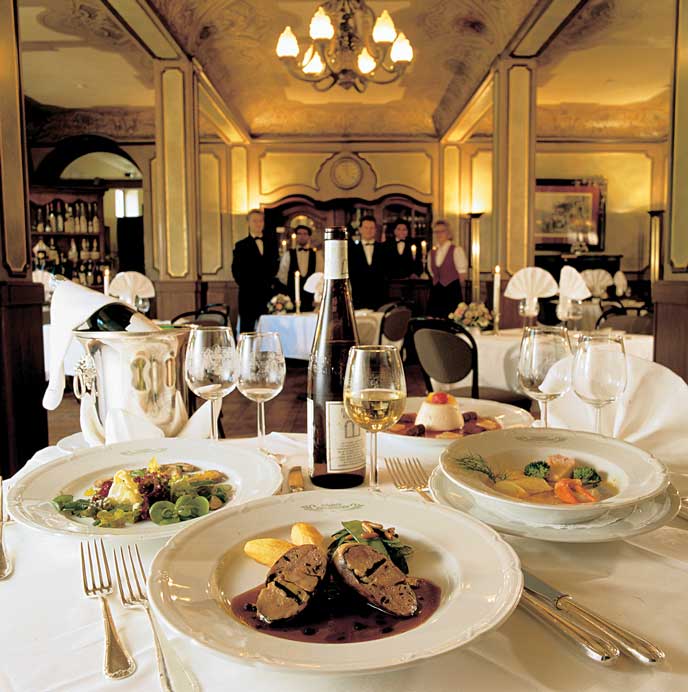 Unlike the cuisines of Italy and France, there isn’t much of a following for Germanic cooking among the ever-increasing legion of North American epicures. For them, food is no longer merely enjoyable sustenance, but a spiritual quest for some sort of palate nirvana. Theirs’ is not an inexpensive journey. A four-hour, seven-course dinner at the wonderfully-named Restaurant Überfahrt, Bavaria’s only Michelin three-star restaurant, in Rottach-Egern on the Tegernsee, is about $245 per person, not including beverages. National Public Radio recently aired a story that suggested prices at some San Francisco restaurants are now beyond the means of all but the very rich. The reporter told of a $1,500 Sunday lunch for a family of five dressed in shorts and t-shirts. To these “foodies,” the meat, potatoes and sometimes heavy sauces of the traditional dishes of Germany, Austria and Switzerland are merely unimaginative and unhealthy.

I must admit that in my European travels I have, on occasion, become a bit weary of the Rostbraten, Sauerbraten, Ripchen, Eisbein, Schweinhaxe, etc., dishes that appear on seemingly every traditional restaurant menu.