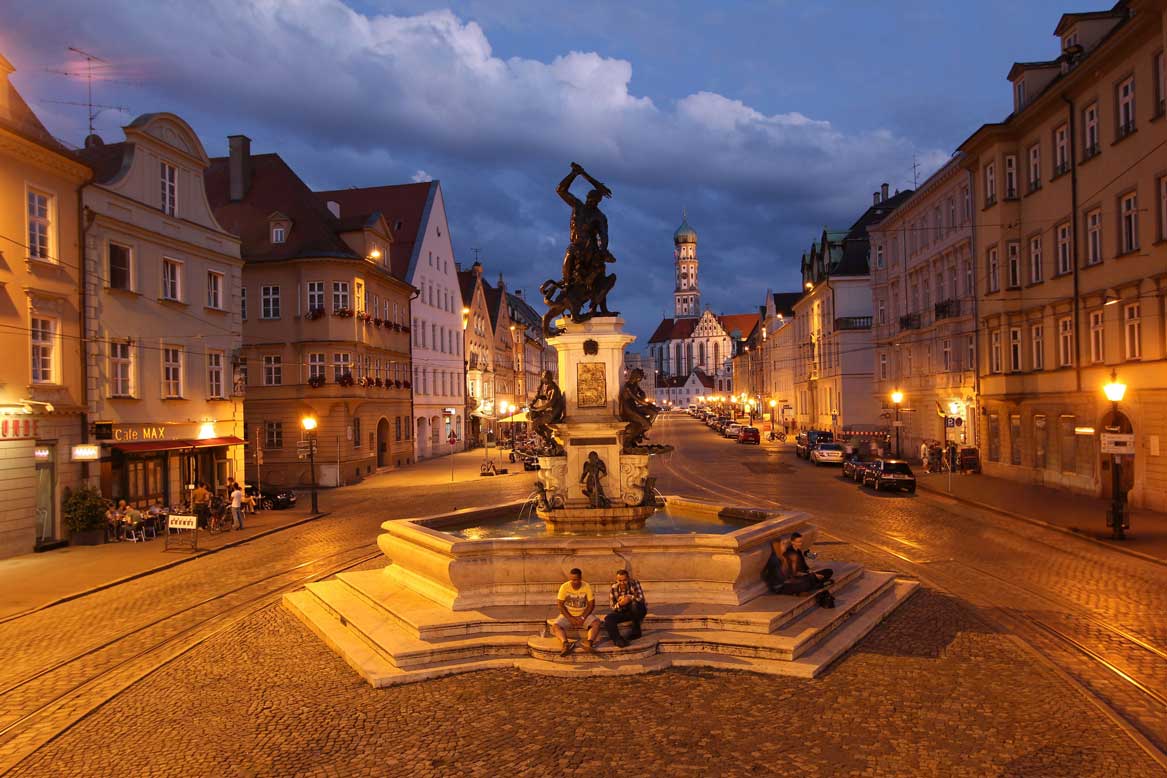 Augsburg— Gateway to the Alps

Explore this 2000-year-old city and wrap yourself in a history and culture that dates to the Holy Roman Empire.

It looked like an extravagant masterpiece—the ensemble at the Red Gate with its water towers, the Hospice of the Holy Spirit, and the castle ramparts in the background. In fact, this rather medieval backdrop turned out to be one of the most picturesque and largest open-air stages north of the Alps. It has also been among the most beloved theater venues in Augsburg since 1929. But only in the summer, when the long warm evenings are capable of turning otherwise cold winter scenery into the perfect place for theater plays. As a lover of open air performances I couldn’t miss the chance to attend such a historical site, famed far beyond the borders of this country. This sight also became my point of departure for discovering and learning more about the city.

One thing was certain upon my arrival in historical Augsburg, located north of the Alps in the Bavarian south: you need at least two days to get an overall impression of this city, one of Germany’s oldest. But for those who long to see all the facets of the third-largest city in Bavaria after Munich and Nuremberg, it might be worth planning to stay for a whole week. My sojourn was just long enough to discover the best and the most memorable sights in Augsburg. And what I appreciated most about them was the fact that they included tours to places and faces with a connection to diverse spheres of our life—music, literature, theater and history, of course. First of all, I should mention some historical facts. During the Middle Ages, Augsburg could already be proud of its beauty due to its Renaissance architecture, sculptures and paintings brought by merchants and artists from the other side of the Alps—from neighboring Italy. Even today, the Town Hall with its powerfully embellished Golden Hall—built during the Golden Age together with the neighboring Perlach Tower—are among the most renowned and magnificent Renaissance ensembles north of the Alps. From the Rathausplatz, a very nice walking tour led me towards and around Augsburg’s historical cathedral quarter. Back in ancient times, the site used to be a Roman settlement. When, under Emperor Augustus, the Romans conquered the foothills of the Alps around the 8th century B.C., they founded a garrison camp. Soon it was turned into a settlement called Augusta Vindelicorum, obviously named after its founding father.