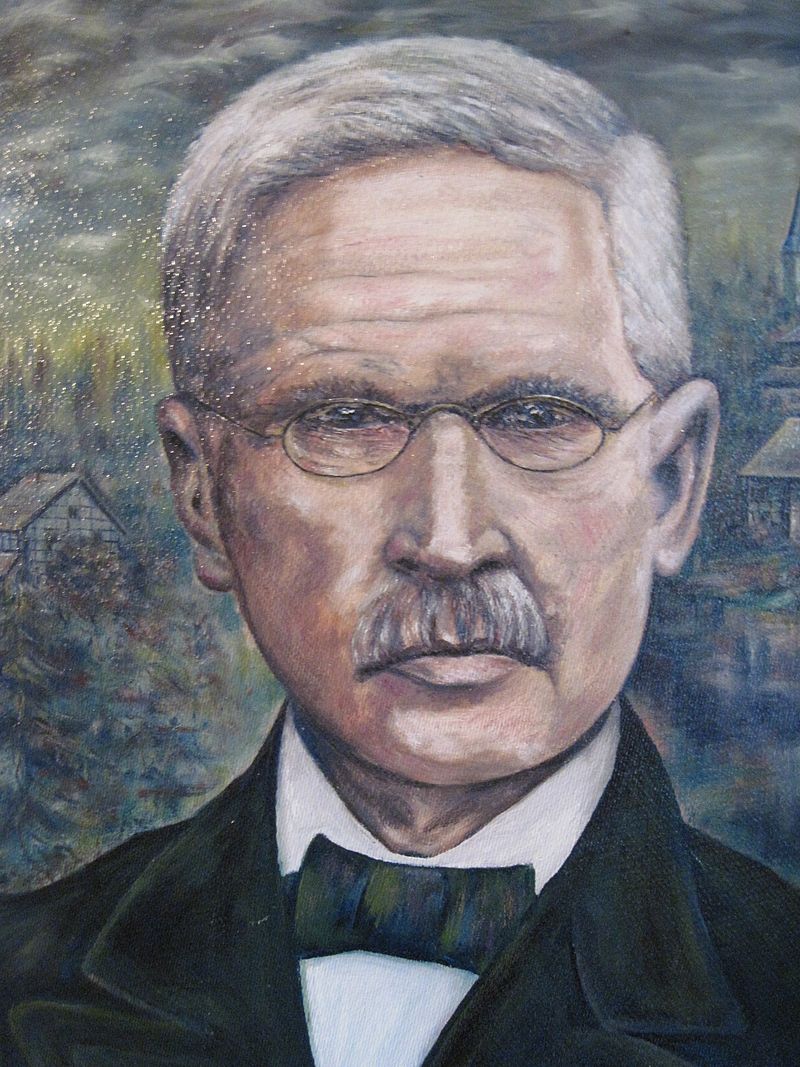 Remembering the man who witnessed famine and suffering and established a banking system to serve the working class.

In May of 1817, one year before Friedrich Wilhelm Raiffeisen was born, Carl Bames of Reutlingen just south of Stuttgart recorded in his diary that people all around him were selling their bedding, furniture, tools, kitchenware—anything “um sich und ihren Kindern Brot zu kaufen—to buy bread for themselves and their children.” The hungry collected and boiled snails: Bames claimed that eaten with nettles he considered the snails a delicacy. What had happened? The eruption of the volcano known as Mount Tambora on the island of Sumbawa in Indonesia in April 1815 had covered much of the northern hemisphere under a cloud of volcanic ash and turned 1816 into the “Year without a Summer.” The greatly reduced harvests of 1816 brought months of hunger and starvation. As famished people all across Germany first depleted their savings and then sold whatever they could to feed themselves and their children, contemporaries and historians after them took to labeling 1817 the ”Year of the Beggar.”  Tens of thousands of impoverished peasants emigrated, looking for a better future in Eastern Europe and in the United States.

Once weather patterns normalized and the time came to plant new crops in the spring of 1818, those who had remained behind faced an equally grave obstacle. During the months of famine, they had consumed the seed grain for 1818. Without seed grain or funds to purchase any, borrowing at exorbitant rates from loan sharks or selling some of their land constituted two equally destructive ways for most of the peasants to raise the necessary capital. Though this solved their problem in the short term, the reduction in land holdings compounded by ruinous interest rates pushed many families further into a downward economic spiral. Yet in the 1820s and 1830s there existed few other ways to raise capital. The few existing state or local, private or government-run, savings and loan institutions for the lower classes, today’s Spar- und Darlehenskassen, catered to the better-off segments of the population. Their business model did not include granting loans to impoverished farmers, craftsmen or laborers.