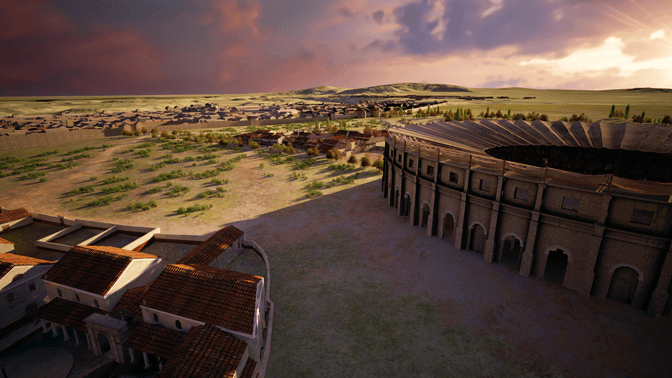 “Seeing” What Can’t Be Seen—The Discoveries of Austrian Archaeology

Using technology to “unearth” archaeological treasures without moving a single shovelful of dirt.

Austrian scientists have developed technology, which (in 2014) was used to uncover previously unheard of monuments at Stonehenge in the United Kingdom. The scientists from the Ludwig Boltzmann Institute for Archaeological Prospection and Virtual Archaeology (LBI) hit the news all over the world when the Hidden Stonehenge project appeared on British television.

Working with archaeologists from several British universities, the LBI scientists used multichannel motorized magnetometers, ground penetrating radar (GPR) systems and exact satellite positioning systems, to map very large areas around Stonehenge, quickly, and with very high spatial measurement resolution. The technology also enabled them to see up to seven meters below the ground without any digging.

The researchers discovered that the world’s most famous henge did not sit alone within the Neolithic landscape in southwest England, as was once believed. The area around Stonehenge was, in fact, littered with monuments, chapels and burial chambers. They’d always been there, hidden underground, or inside earthworks. Stonehenge was, in fact, once part of a rich ceremonial landscape.