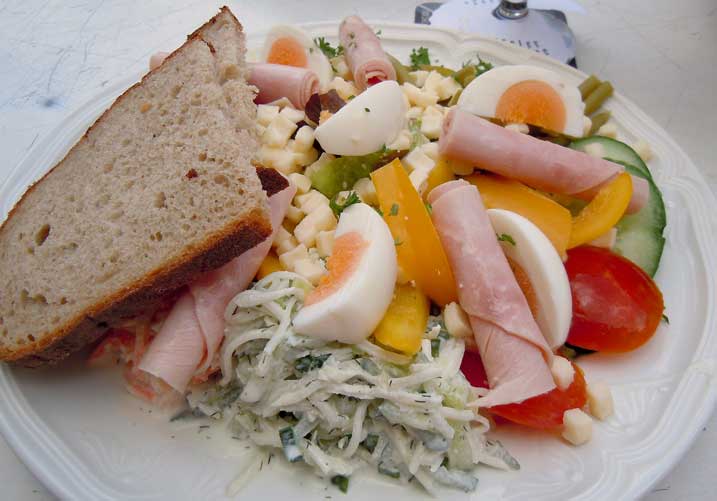 Plan a Potluck Party with a German Theme

When I was growing up in a small Texas town, potluck parties—at home, at school, at church—were a popular way to entertain. People would bring their favorite dishes to the party—Ellie’s German potato salad, Sarah’s pot roast, Walter’s homemade ice cream, Dad’s chocolate fudge. Everyone had a good time chowing down on all the food, and no individual person had to cook (and pay for) that big meal for a crowd. (Selective recall has almost erased the memories of Irma’s jiggly Jell-O dessert and Aunt Aimee’s blueberry pie that she accidently sweetened with salt instead of sugar.)

When I started my first full-time job, as a young intern with the government in Washington, D.C., the first party I hosted at my tiny apartment near Logan Circle was a potluck sit-down dinner for 25 people. Everyone sat on the floor. I made the few dishes I knew how to cook at that time, and the guests brought their own contributions to the meal. Since the party was also BYOB, they came with their own booze, too. And when the party was over they left all those unopened cans of beer and half-full bottles of whisky, rum, tequila and liqueurs. Suddenly I had enough left-behind liquor to serve guests for the rest of the summer.