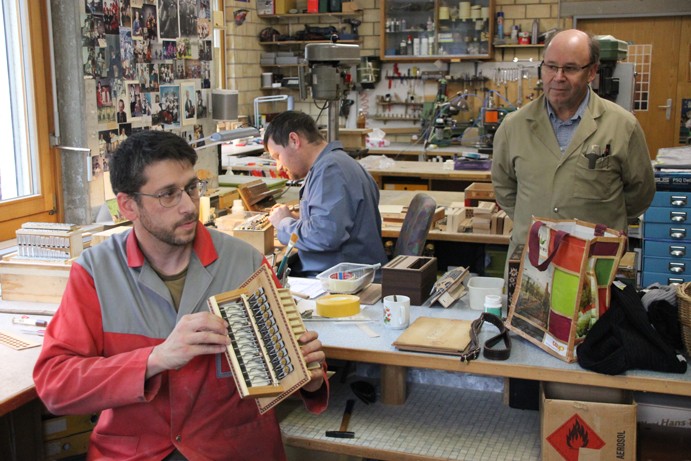 Sweet Sounds from the Emmental Valley

A Swiss family business enables musicians to fill the world with the sounds of their unique style of accordion.

Even though I’m a native German speaker, I had no idea what the man in the small village of Wasen in Switzerland was saying. But Hansruedi Reist spoke with sparkling eyes and such passion in his Swiss dialect that the love he has for his craft didn’t really need any translation.

I had traveled from Bern, the country’s capital, past timbered houses and rolling hills with bell-hung cows to the remote Emmental Valley to learn more about the rare workmanship of Swiss accordion making. The Schwyzerörgeli as it is properly called is a type of diatonic button accordion used in Swiss folk music and not well known outside its borders. Örgeli is the diminutive form of the word Orgel (organ) and in a country of only 8.5 million people very few still know how to build the delicate instrument which consists of about 3,500 separate parts.

One of Switzerland’s most renowned Örgeli manufacturers is Hansruedi Reist who followed his father Rudolf into the trade over thirty years ago. The unassuming window in Wasen’s main street belies the treasures that lie behind it in the studio and basement underneath. Hundreds if not thousands of sometimes minuscule pieces sit on long tables or in countless shelves before they come together in one of the around 150 Örgeli that are built with meticulous precision and care by the Reist company annually.