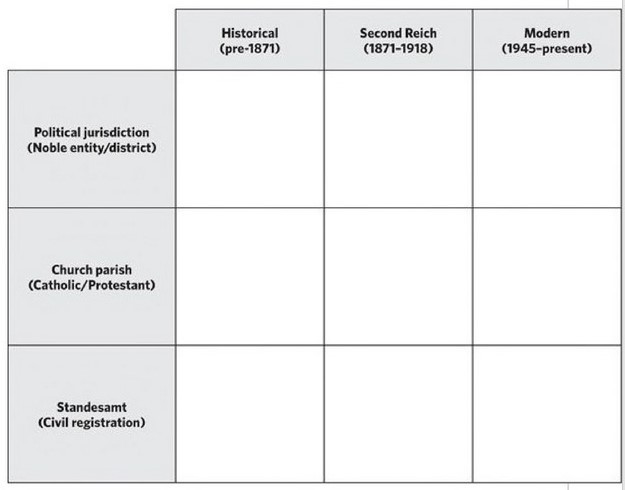 The phrase “the devil is in the details” has no better proof than when one tries to map the changing boundaries associated with the lands of the German-speaking people through the centuries.

Whether it’s the movements of the Germanic tribes who first pressed against the Roman Empire as barbarians (and then later supplanted it) or the slicing and dicing of literally more than a thousand larger and (mostly smaller noble jurisdictions during the millennium of the Holy Roman Empire’s existence, the mapping of these areas has been a continual exercise in fluidity.

As I have noted in lectures on the topic, “Germany’s history of political disunity—including that much recordkeeping starts and stays on the local village level—is messy”…and then it gets really complicated.

In part because of the German preference for following the Salic Law of partible division (in which all male children get a share of an inheritance), what is today Germany became a crazy quilt of small states. Other causes of disunity included the elective nature of the Emperorship (candidates offered bribes of territories and enhanced status).

In many cases all of the territory of a small state wasn’t contiguous; there abounded many enclaves (a territory, or a part of a territory, that was entirely surrounded by one different state) and exclaves (a portion of a state or territory geographically separated from the main part).