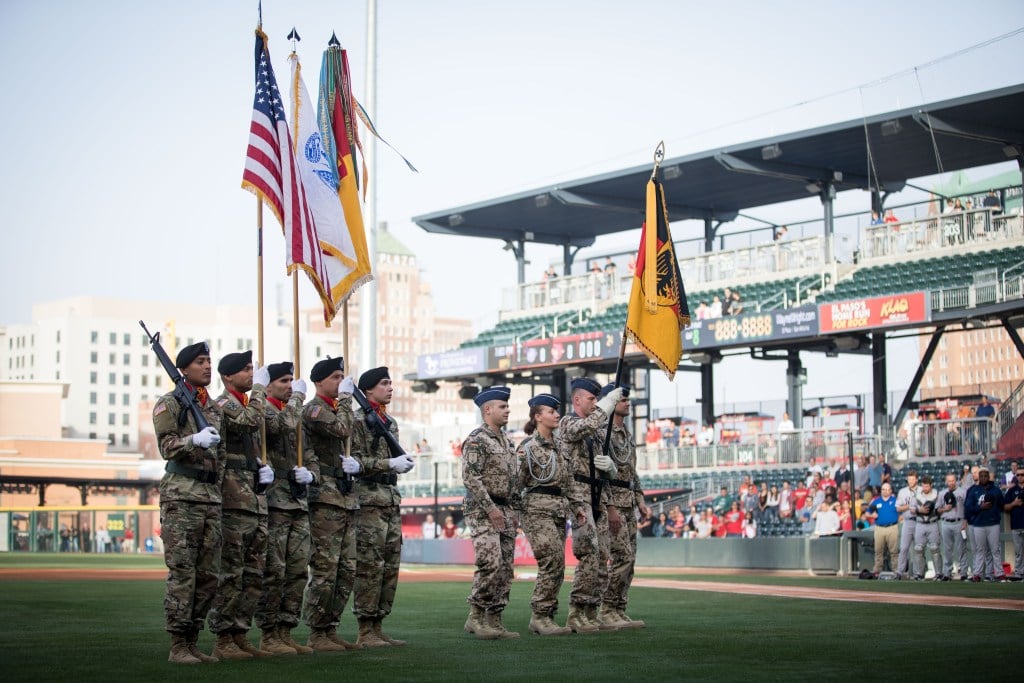 Before the baseball game began, singer Morgan Bailey performed the German and American national anthems. The game also featured color guards from both countries, a video introducing the German presence in El Paso and a first pitch by Holger Mahnicke, Head of the Communications and Culture Department at the German Embassy.

The Mayor and Council of El Paso also proclaimed May 21 to be known as German-American Friendship Day.

“The City of El Paso appreciates and values our German partners and the cultural and defense alliances they bring to Sun City,” the proclamation reads.