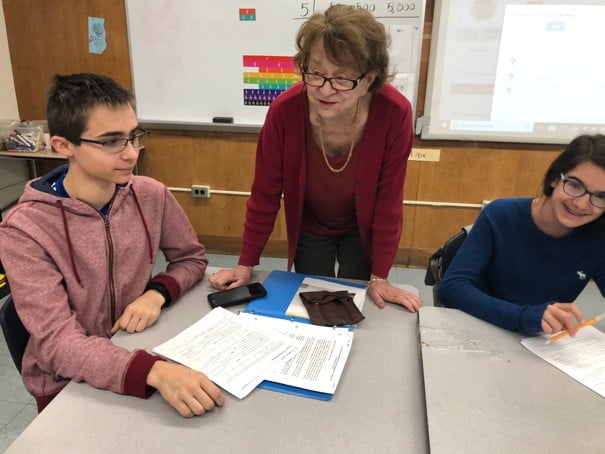 Celebrating the leader of the Connecticut German Saturday Schools.

On opening day over 100 students walked through the doors of the German Saturday School in Fairfield, CT; 69 did the same thing at the West Hartford school.  Thereupon the school started with six grades and six teachers, each of whom was paid $45 a week. The tuition was $60 a semester. The year was 1979.

The local paper covered this event, saying: “Because of the recent influx of German industries into Fairfield County, a new and urgent interest in the German language and culture has developed in this area.”

In 1979 public school students could choose between learning French or Spanish, but only a paucity of German offerings existed. This was of concern to several German and German-American parents who wanted their children to learn how to speak and write in their native or heritage tongue while absorbing the rich culture of their homeland.

One of these parents was Dr. Renate Ludanyi who said: “I consider it essential and urgent that the cultural heritage and language of the German-speaking countries of Europe not be lost among the German-speaking descendants in the United States.” She was instrumental in opening these two Saturday schools and has been at the forefront of their operations for 41 years as Principal and President as well as an inspiring motivator for children, teachers, parents, and a team of volunteer administrators.