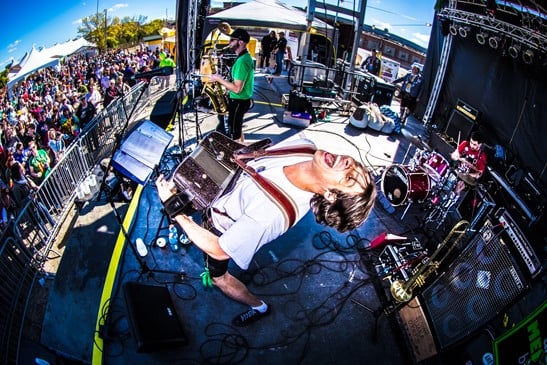 By Kellie B. Gormly

When people attend an Oktoberfest where polka musician Alex Meixner is playing, they will walk onto an energetic dance floor where people groove to German folk favorites like the chicken dance and “Ein Prosit,” while Meixner pumps his accordion.

And then comes the surprise rock concert, with songs from acts like Ozzy Osbourne, Guns N’ Roses and Van Halen. Meixner tosses his head in headbanger style, often while clad in Lederhosen—either the traditional kind or a more modern version.

Yes, “ja.” An Alex Meixner Band concert is full of surprises, variety and fun, says the resident of Stuart, Fla.

“There’s this (polka) preconception of six overweight old guys on stage, playing the same old song in the same old way; it’s not speaking to a lot of the population,” says Meixner, 42, who grew up in the Allentown, Pa. area.