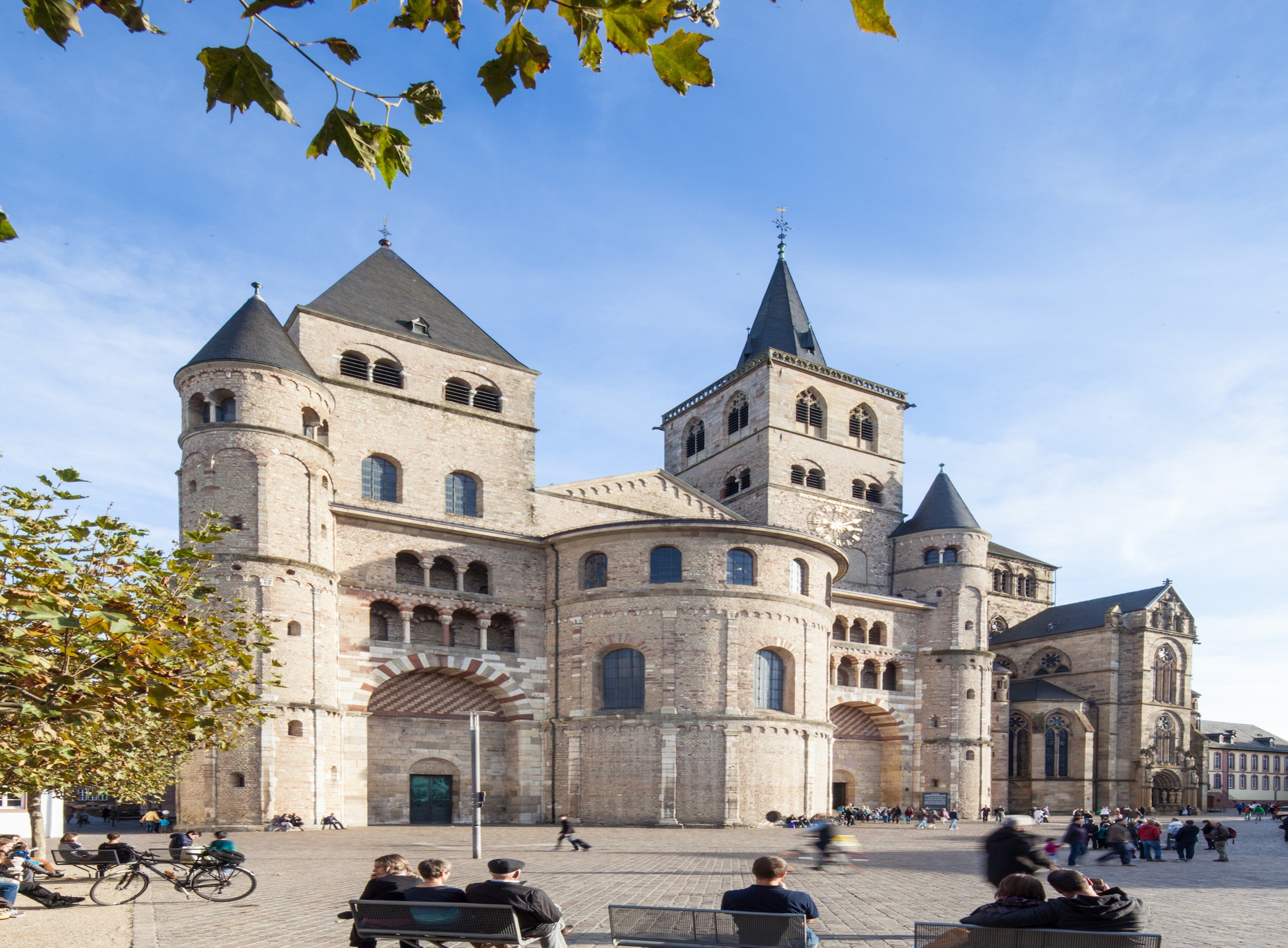 There are some cities that, as you approach their entrance, seem to announce their special place in history with bold statements in ancient stone. These statements inform the visitor, “I’ve been here millennia before you, and I shall be here afterward.” Trier is one such city. Bronze Age settlement, Roman capital, and medieval power center, it holds the best Roman ruins in Germany. It is now a modern, livable city that coexists easily with its identity as the oldest city in Germany.

Trier announces its profound historical heritage at its old Roman gate, blackened by time, fittingly called the Porto Nigra. The imposing structure was the literal gateway to the city. Passing through it I enter the main pedestrian thoroughfare. Before me stretches a long corridor lined with shops and places to eat housed in finely maintained buildings testifying to the city’s former status. They hum with human activity. The terminus is a lovely square fronted by impressive façades overseen by the tower of an old church.

I backtrack along the pedestrian zone toward the Roman gate and drop into the Tourist Bureau. I’m here to attend my prearranged meeting with Dr. Paula Kolz, a historian with the bureau who kindly offered to educate me on the city’s past and present. We have a lot of ground to cover. We sit down at a table in her office and begin discussing three thousand years of human habitation.