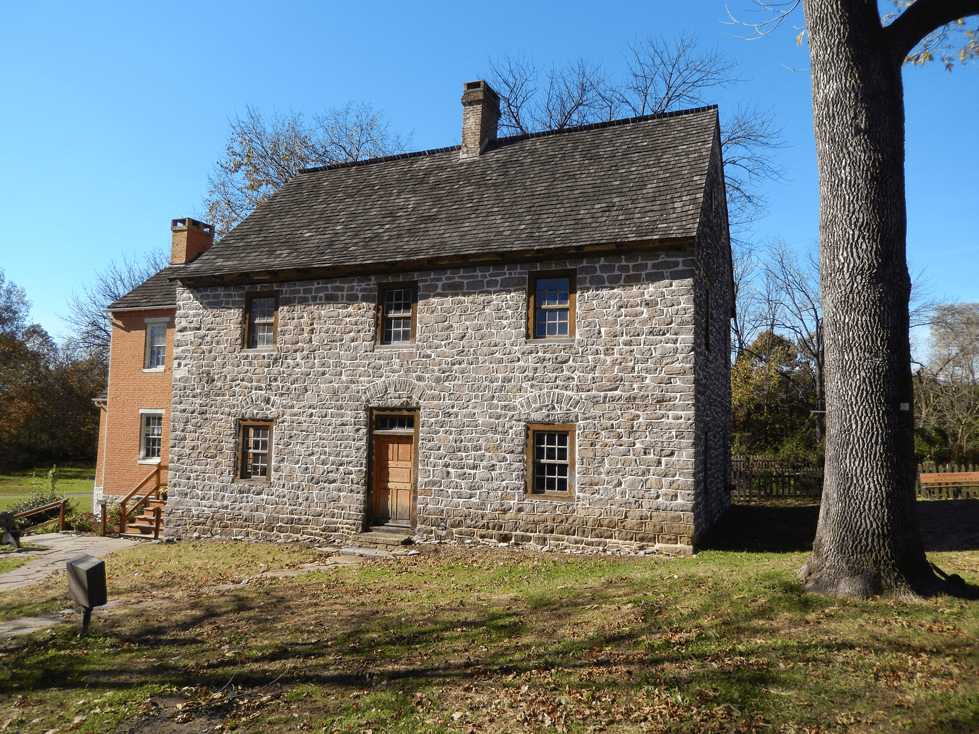 While English settlers in Colonial America were heating their homes with logs blazing in open fireplaces and putting up with smoke and sparks, many German settlers were enjoying a more advanced home heating technology—the five-plate, or jamb, stove. It provided clean, safe, energy-efficient radiant heat. As other heating systems came into use, nearly all the cast iron stoves were dismantled and discarded yet one survives in one of the oldest standing German houses from the Colonial era—Schifferstadt in Frederick, Maryland.

Built in 1758 by Elias and Albertina Brunner, the two-story, four-bedroom, center-hall stone house once held three such stoves. Two have long since disappeared, but one still stands where it was originally installed, in an upstairs bedroom. It is believed to be the only one still in situ.

The Schifferstadt farm was established around 1736 by Joseph and Cathrina Brunner, Elias’s parents. The family emigrated from the Palatinate in 1729 and spent seven years in Pennsylvania, probably as indentured servants which was the most common way immigrants repaid the cost of their passage across the Atlantic. Lured to Maryland by Lord Baltimore’s offer of land free for three years, many less affluent Germans migrated south, including the Brunners. They settled on a spot of wilderness about a mile from the tiny, new settlement that would become Frederick Town. In the early years, the family lived in a log house and farmed parts of what would eventually be surveyed as their 303 acres.