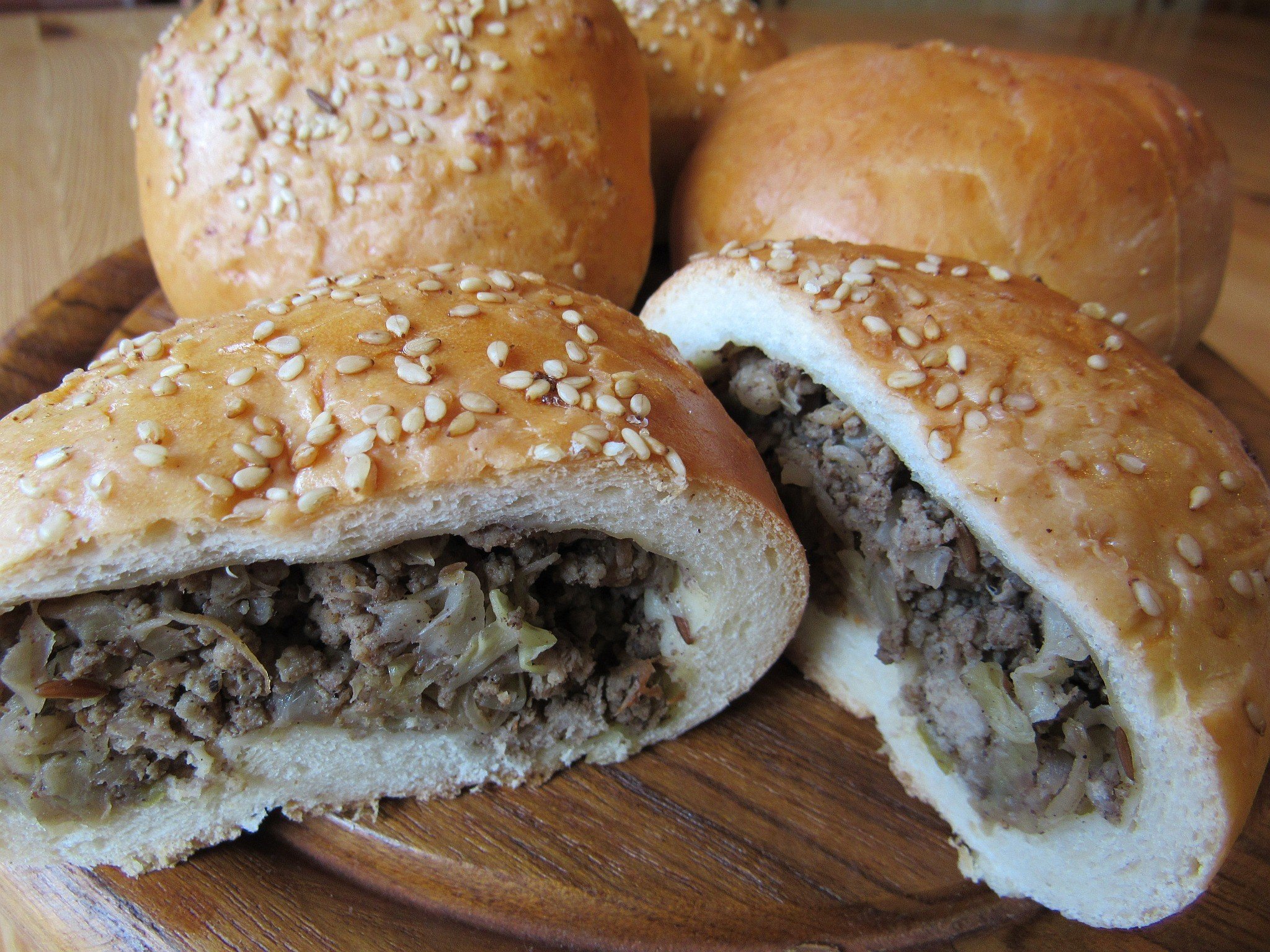 BIEROCKS: A German-Russian Treat in America

Bierocks. Sounds like a combination of a German beer festival and a rock concert. (That would actually be a good promo name for such an event!)
I had never heard of Bierocks until a German Life reader wrote to ask me about them. She was an American from Kansas, who had also lived in Germany, and she had just finished reading my new memoir-cookbook, T-Bone Whacks and Caviar Snacks: Cooking with Two Texans in Siberia and the Russian Far East. Her question: “The ethnic German-Russians in western Kansas and the Mennonites prepare a pie similar to pirozhki [in the cookbook], stuffed with ground beef or sausage, onion, and sauerkraut, that they call Bierocks. I had never heard that name in Germany. Do you have any idea of its origin?”

I, too, had never come across that term in Germany, and none of my German cookbooks had a recipe for it, either. But when I said the word out loud a couple of times, a light bulb suddenly came on over my head. Of course! “Bierock” sounds lot like the Russian word pirog.