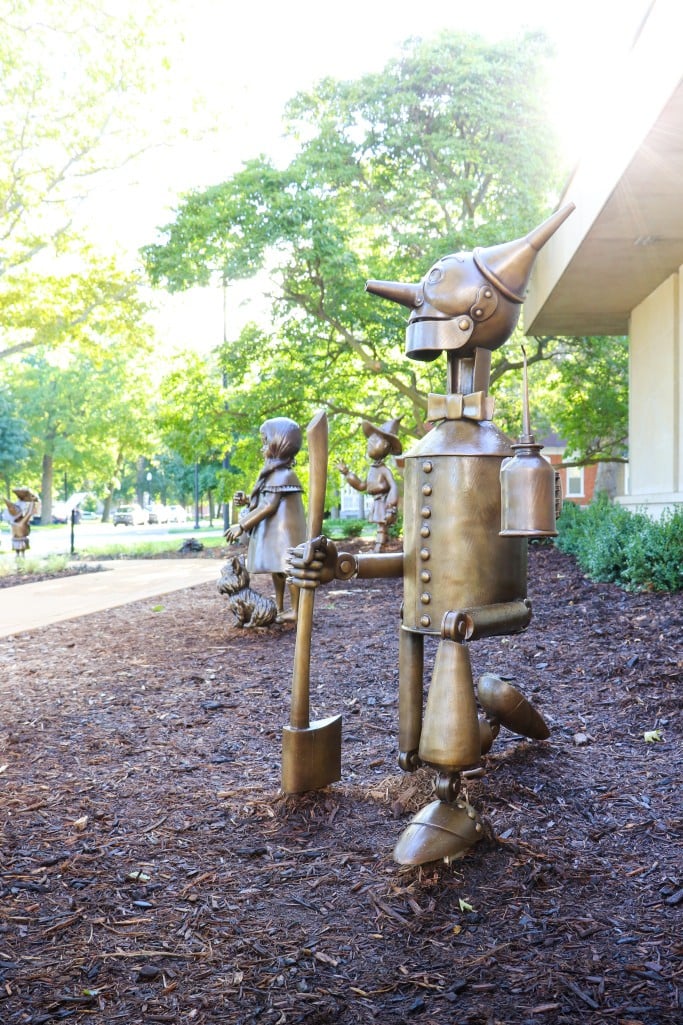 We love to hear from our German Life subscribers and our June/July issue brought many calls and comments—so many that we ran out of room to publish all of them in the August/September issue! Enjoy these additional letters and thanks for sharing your messages of hope and making a connection with us. Continued health and well wishes. GL 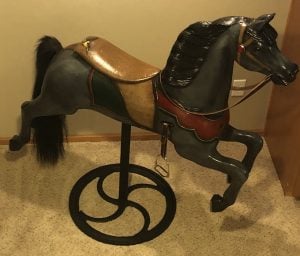 I was surprised to read this article as we have a restored Herschell carrousel horse in our home. Having been to the Herschell factory, I’ve read the article twice.

Georg Michael Schwarz
I’m a new subscriber of German Life magazine (thanks to Sally and David Nye) and just finished reading the Schwarz article. Sally and David are our wonderful neighbors in the peaceful, bucolic village of Fennville and we’ve heard stories of the castle and the connections to The Wizard of Oz. We’ve also seen the terrific Holland Oz Project that you mention in the story.
It was really nice to be able to read your account of Georg Michael Schwarz, his life and his building of the castle. We’re taking a drive today to see it for ourselves! It’s hard to imagine there would be a better inspiration for Baum’s famous book.
Thanks for your outstanding research and writing!

I have just read the article about the life of Georg Michael Schwarz, who is responsible for the building of the castle in Castle Park, Michigan. I am a life-long member of the Castle Park community. We know and honor the story of Mr. Schwarz and how he came to America. This is the most extensive biography of Mr. Schwarz that has ever been written and I want to congratulate your writer, Robert Selig, on a job well done. I learned much that I can share with the others who are members of our community. When Mr. Schwarz sold the castle to John Parr, Castle Park was born. In the roughly 125 years since then ownership of the Castle itself has rotated from specific families to the Castle Park Association, where it resides today. It has been dutifully cared for all these years and has provided our community with many great times and memories. It is well cared for, believe me. Thanks again for your good work.

What a wonderful article about the castle, and the preservation of a piece of Midwestern history. Georg Michael Schwarz is my great-great uncle. His younger sister, Maria, is my great grandmother and when Maria’s husband, George Haak, died in 1905, she came to live with my grandparents for the next 21 years; twelve of those years, my mother did, too and is the source of these stories.
Mom always said Maria loved her brother dearly, and, that she was a “mail order bride from Bavaria”. While true, I think there is more to the story. George Haak was a builder in South Chicago before the main city moved far enough south to include it. He built the first brick house in South Chicago—the same area mentioned in the article where Michael practiced real estate. My grandfather told me about his visits to the castle and Holland. I am sure his mother enjoyed these trips to visit her brother. I wonder if this old Bavarian soldier was friends with my great grandfather, a Prussian war veteran, whose first wife had died as a young woman in Danzig. Perhaps this was the cause of Maria’s move from Bavaria? Maria had seen war, she told my mother that when enemy troops marched by her house one winter, the family hid behind trees in the snow and her feet got so cold, she “wet” on them for the warmth. I would have to imagine these were Prussian soldiers in 1866, on the way to fight the Austrians. My grandfather shared his father fought in the 1866 Austrian war and his Uncle Michael fought in the 1870 war with France. He didn’t think Michael fought in the 1866 war. Our family story was that Michael Schwarz built and moved to Michigan, to protect his daughters from the dangers of Chicago men.

My mother had anemia as a child and Grandma Schwarz home-brewed a dark Bavarian beer to improve her blood. Mom hated the dark drink, but my grandfather’s friends always checked how the brewing project was doing, as this was the time of prohibition, and Grandma Schwarz’s product was several tiers above that served at Speakeasies. 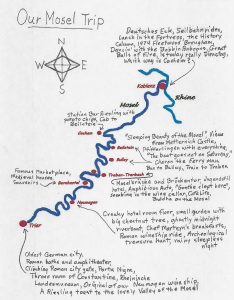 German Life is a forum for discussion. Opinions expressed are those of the letter writer and do not necessarily reflect the views of the staff and management of German Life.