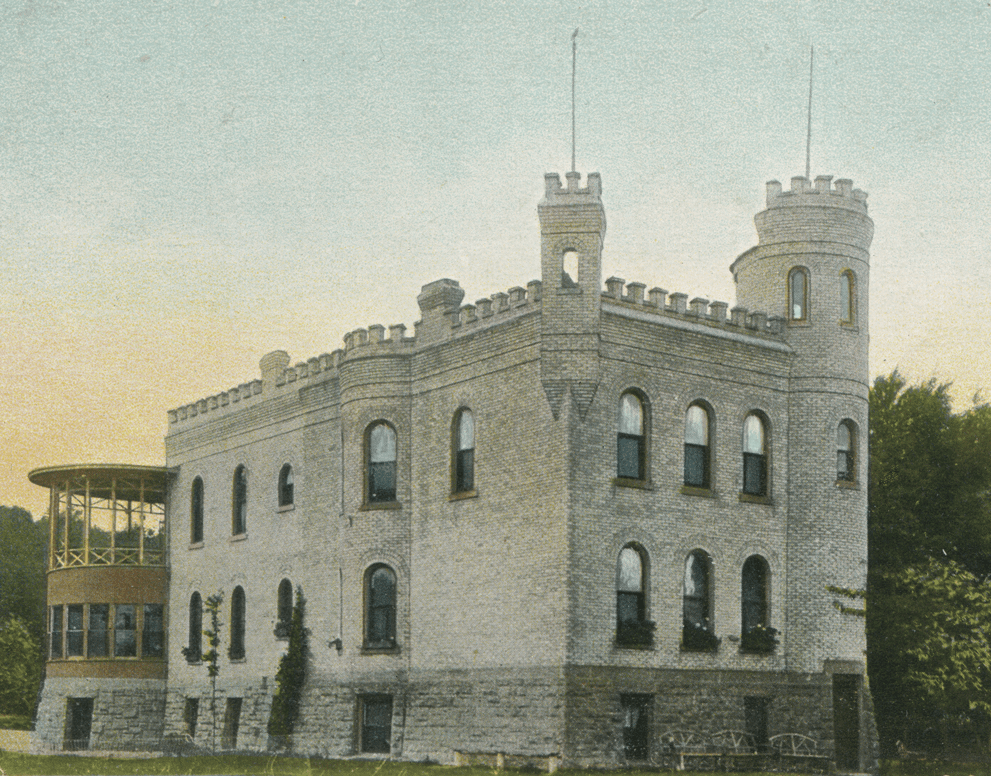 Georg Michael Schwarz, His Castle, and the Emerald City in The Wizard of Oz

“We’re off to see the Wizard…!“ Surely most of our readers can at least hum if not sing this unforgettable tune made famous by Judy Garland as “Dorothy” in the 1939 musical fantasy film about The Wizard of Oz. Most can just as easily complete the line, which tells us why Dorothy wants to see the wizard: “because of the wonderful things he does!” Looking for the wizard, Dorothy and her entourage of the Scarecrow, the Tinman and the Lion, set out on the Yellow Brick Road that will lead them to the wizard’s castle. And where does that “wonderful wizard” live? In his castle in the Emerald City in the Land of Oz, of course! Everybody knows that, and some readers may even know that it was Lyman Frederick Baum (1856-1919) who dreamed up this beloved children’s story, first published in May 1900. Literary historians have argued for years about Baum’s real-life inspiration for that castle and located it in places such as Chicago, San Diego and even in far-away Australia, all the while scorning the most likely explanation. “Local legend”, proclaims the entry in Wikipedia, “has it that Oz, also known as the Emerald City, was inspired by a prominent castle-like building in the community of Castle Park near Holland, Michigan, where Baum lived during the summer.” That legend may just be true. Since 1891 Baum was living in Chicago and habitually spent his usual summer vacations near Holland on the shores of Lake Michigan not far from where German immigrant Georg Michael Schwarz was building himself a “castle-like” structure which most likely did indeed serve as the model for Baum’s castle in The Wizard of Oz.