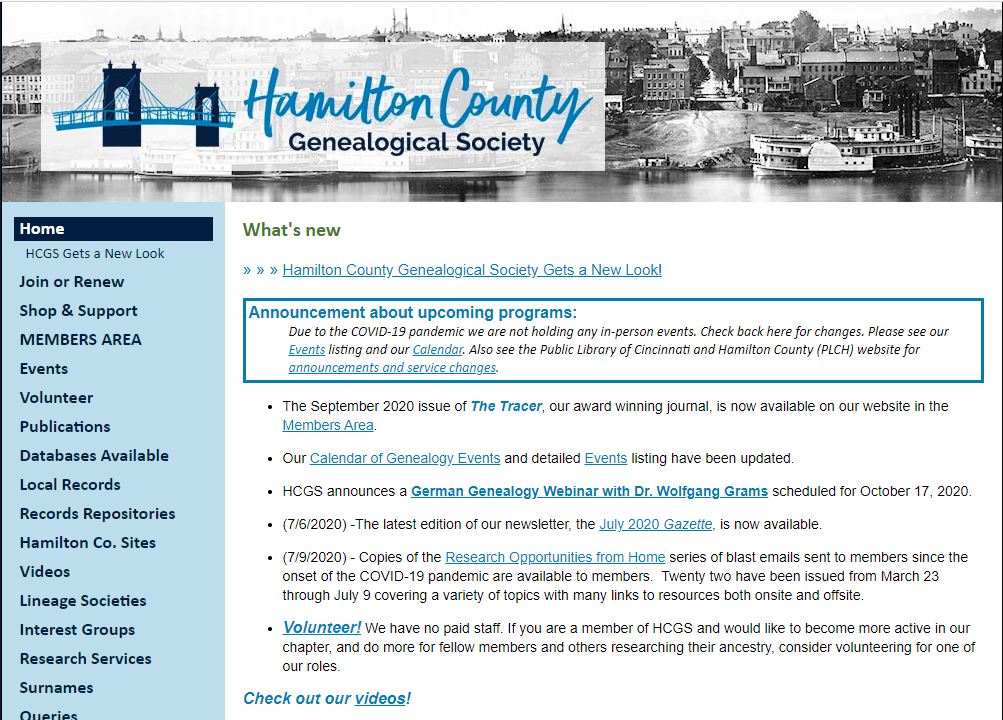 Ohio has been a hotbed of family history activity for generations. One of the things that abets researchers is the Ohio Genealogical Society, which is a state society with a national profile due to its library, publications, projects, annual conference and the many strong county chapters it charters.

One of the most active of those units is the Cincinnati-based Hamilton County Genealogical Society, which has become a powerhouse organization, especially for the many researchers with German-speaking ancestry who came to this area, since being chartered in 1973. It currently boasts about 1,100 memberships (the society allows two individuals at one address under one membership, so the total individuals with membership is about 1,350).