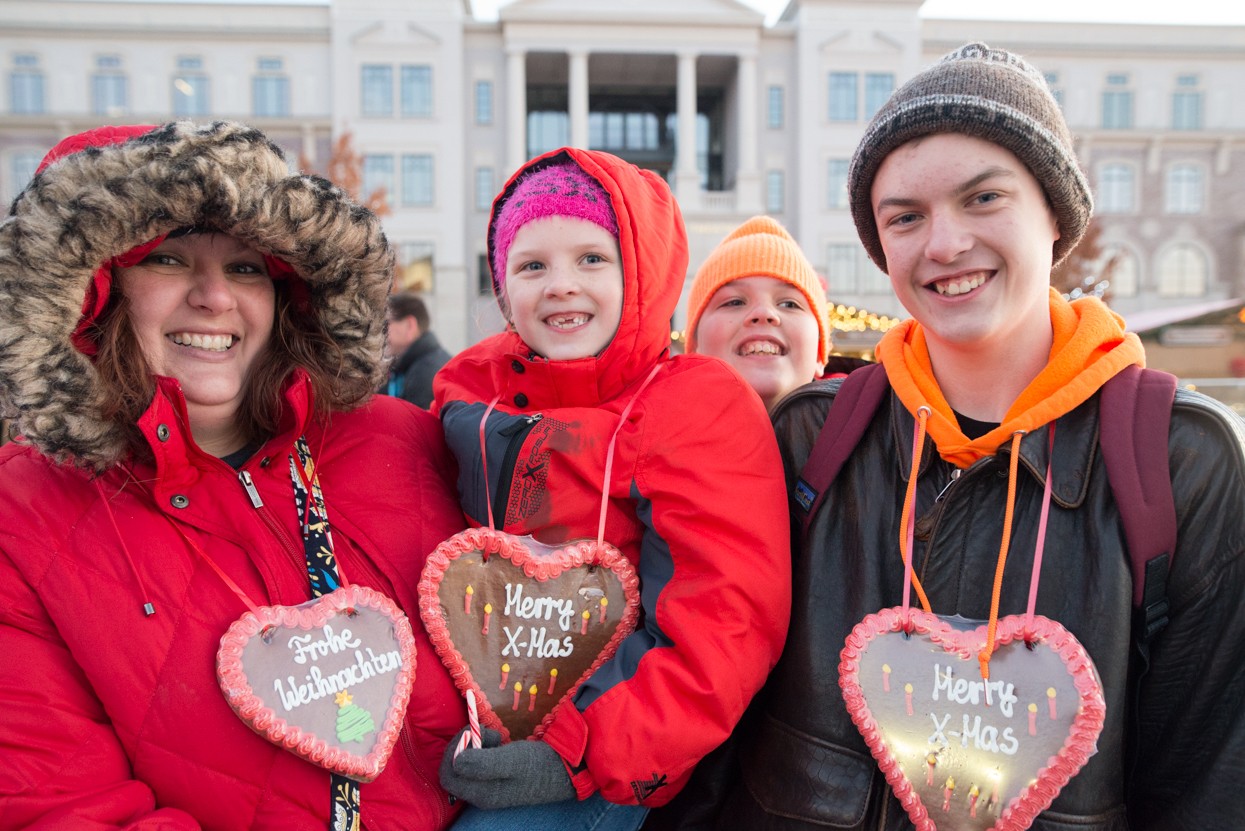 Towering over the Carmel, Indiana Christmas Market is a giant can’t-miss-it 33-foot-tall Weihnachtspyramide outlined with more than 3,000 bright lights to signal its presence. The impressive 10-ton pyramid, made with maritime pine plywood, features rotating fan blades powered by an electric motor. And it gets plenty of attention.

This wooden behemoth and market, located in Center Green on several acres in the heart of Carmel, signals fun and authentic German food and drink for all as it brings a sense of genuine German tradition and culture to the town.

GERMAN REGIONAL HISTORY
By the 1840s, there were numerous families of German origin in the Indianapolis area, and a four-fold increase in population in 10 years was due to German immigration. By 1850 nearly 13% of the area population was from Germany.

Today, many area residents have German roots, and in fact, a third of all Hoosiers are said to trace their ancestry to the German-speaking lands of Europe. This is represented in part by the many German-related celebrations in the area including German-American Day, St. Nikolaus Tag and Karnival held right before Lent. So it’s not unusual for the residents of Carmel to celebrate their heritage, and do it in a big way at Christmas.

The extraordinary and striking Carmel Christkindlmarkt, a highlight of the Yuletide season, draws as many as 350,000 people—adults and kids alike— who want to enjoy a bona fide German Christmas tradition. And they don’t go home disappointed.