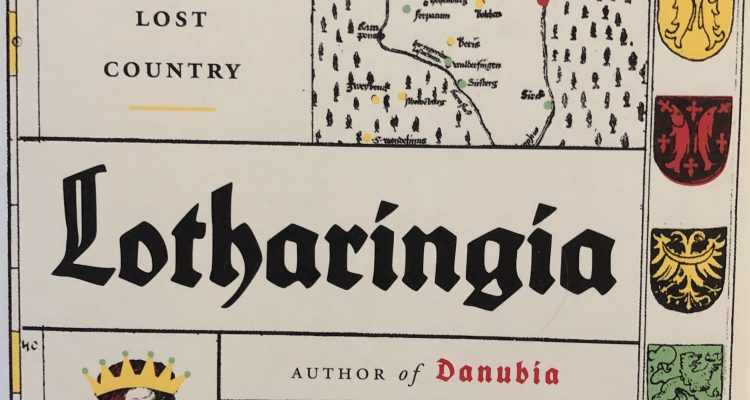 Buchnotizen/Book Notes provides brief comments on recent books relating to German and German-American topics. Information as to price and ordering can be found at various Internet book sites, or at the nearest bookstore. By Don Heinrich Tolzmann

Lotharingia, a Personal History of Europe’s Lost Country, by Simon Winder (Farrar, Straus and Giroux, 2019) covers the lands between Germany and France, from the Middle Ages to the present. In 843, the grandsons of Charlemagne/Karl der Grosse divided the empire he had founded in 800 into three parts. Louis I took what became Germany, Charles II took what became France, and Lothair I got the territory between his brothers realms. His domain stretched from Switzerland to the North Sea and became known as Lotharingia. This includes present-day Belgium, the Netherlands, Luxembourg, Alsace-Lorraine, and the northern part of Switzerland.

Winder rightly calls his book “a personal history”, as it reflects his travels and readings about Lotharingia. Written in an informal and anecdotal style, Winder’s book is a historical travelogue of how the region developed. Although France became a centralized nation-state with a capital city, Germany did not. It had no capital city, as it consisted of numerous secular and ecclesiastical principalities. Lotharingia had an even more complex history. Winder aptly describes it as looking like “a jigsaw puzzle a dog had tried to swallow and then thrown up”.