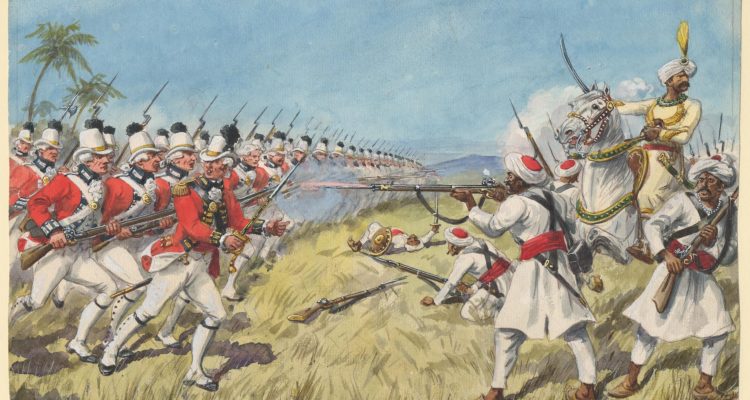 When Frenchmen or Englishmen hear the term Great War, they think of World War I. Unless they connect the phrase with World War II, Germans are more likely to think of the Thirty Years’ War from 1618 to 1648 as their Great War. And if the years 1766-99 mean anything at all to Americans, it is because somewhere during those years their War of Independence, America’s first Great War, was fought. Yet though Frenchmen, Englishmen and Germans (or rather Hanoverian subjects of King George III in his role as Elector of Hanover), fought each other and their various Indian allies for decades on the Indian sub-continent, the war has no place in the western collective memory, which relegated India to the role of subsidiary theatre in a 50-year-long global power struggle between European powers. German involvement in this conflict reached its climax in the 1780s with the raising of the 15th and 16th Hanoverian Regiments, and their seven-year lease (1782- 1789) for service for the British East India Company. The experiences of these men form the core of this 507-page collection of primary sources, part of a project entitled “Modern India in German Archives 1706-1789” at the Center for Modern Indian Studies at the Georg August University in Göttingen funded by the German Research Foundation.