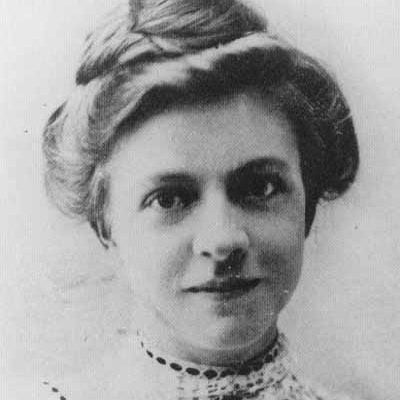 By Barbara Selig and Mary Selig

Clara Louise Maass
(June 28, 1876 – August 24, 1901)
Nurse and yellow fever medical research volunteer, Clara Louise Maass was the oldest child born to German immigrants Hedwig and Robert Maass in East Orange, New Jersey. Her father worked as a farmer, grocer, and hatter until his death, but he was never able to support the family which grew to include nine children. Devout Lutherans, the family was always strained financially, and Clara first helped out while in elementary school by becoming a “mother’s helper” at the age of ten. While she did not earn any money, her employer provided her with room and board, meaning one less mouth for her family to feed, and enabling Clara to remain in school. After three years of high school, she left at the age of fifteen to work at the Newark Orphan Asylum for $10 a week. Her duties involved feeding, dressing, and caring for the children as well as sewing for them. She worked seven days a week and sent half of her pay home to her mother. When she had the opportunity to continue her schooling in 1893, she eagerly took it and at the age of sixteen entered the Christina Trefz Training School for Nurses at the Newark German Hospital as a probationer. Clara completed her studies two years later at the age of nineteen and entered private nursing, serving at the hospital where she had been trained. Within three years she was head nurse of the hospital but she was always looking for opportunities to increase her income and help her family. The Spanish-American War provided her with that opportunity.