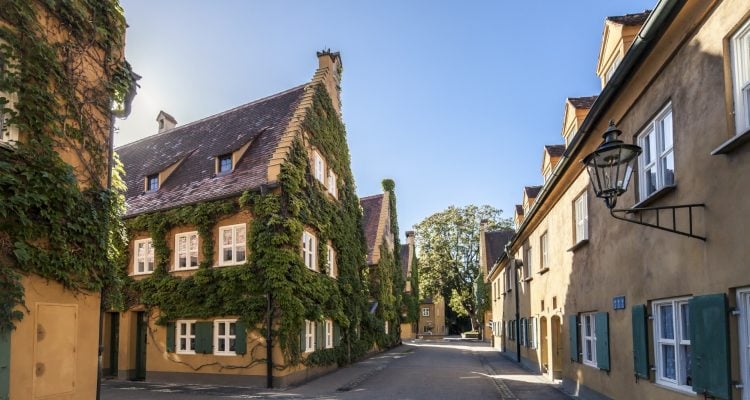 The largest state in Germany is more than beer, pretzels, and lederhosen. Its stunning landscapes and cities exuding cultural distinction are waiting to be explored. Its beautiful and rugged mountain scenery is inexplicably magical. Its culinary flavors suit all palates, and its ancient customs continue to be celebrated to this day. Bavaria also holds several world records guaranteed to catch anyone’s attention.

The Oldest Social Housing
Augsburg is Bavaria’s third largest city and by far the oldest with over 2,000 years of history. Its impressive stream and canal system earned the city on the Romantic Road the coveted title of UNESCO World Heritage Site in 2019. Augsburg’s most famous son, Jakob Fugger (the richest man in the world 500 years ago) created a unique monument to charity when in 1521 he signed the charter for the construction of a housing estate in which Augsburg citizens in need, through no fault of their own, were to receive dignified accommodations. With his Fuggerei he created the first official social housing, which to this day remains the oldest of its kind.