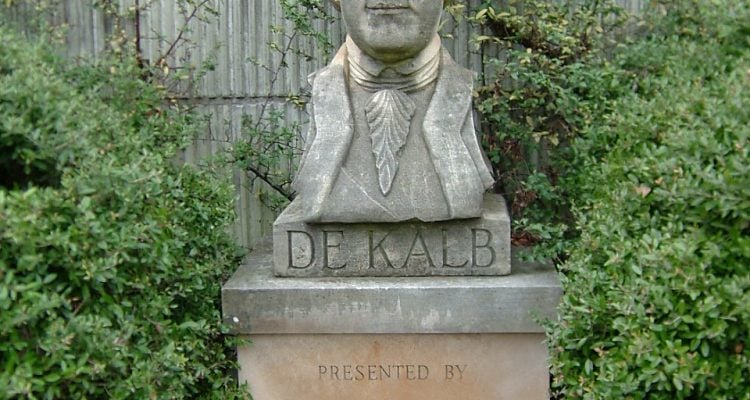 “The generous stranger” was one of America’s earliest friends and supporters in her struggle for independence.

“So, there lies the brave de Kalb. The generous stranger, who came from a distant land to fight our battles and to water with his blood the tree of liberty. Would to God he had lived to share its fruits!” No one knows for sure whether George Washington indeed spoke these words upon visiting Kalb’s grave several years after the “generous stranger” had fallen in the Battle of Camden in South Carolina on 16 August 1780. But he might as well have said those words praising a man who had been one of America’s earliest friends and supporters in her struggle for independence. Sent by French foreign minister the duc de Choiseuil to evaluate the strength of any anti-Parliament, if not pro-independence, movement in the British colonies in North America in the fall of 1767, Kalb assessed the political situation with a keen eye. Only a few years later, events from Boston to Philadelphia and Charleston validated his analyses. The tercentenary of his birth in 1721 and the run-up to the 250th anniversaries of the American Revolution warrant a look at who that German was and why France sent him as a spy to the British colonies in 1767.