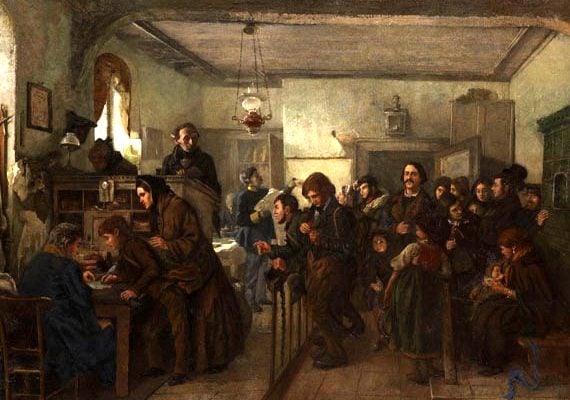 German Immigration in the 19th Century

A novel helps tell the story.
By Don Heinrich Tolzmann

Historical novels can help tell the story of immigration to America. Scandinavian-Americans are fortunate in having two authors who have done an exemplary job on this topic: Ole Rølvaag (1876-1931) and Vilhelm Moberg (1898-1973). Rølvaag was a Norwegian-American whose novel Giants in the Earth deals with Norwegian pioneers in the Dakota Territory, and Moberg was a Swedish novelist who published a multi-volume series on the Swedish immigration titled The Emigrants.

A similar focus can be found with the German novelist Bernd Kessens (b. 1948). He was born in Löningen, Landkreis Cloppenburg in Lower Saxony. This region contributed greatly to the German immigration to America, Cincinnati in particular. Currently, the author lives in Damme, Landkreis Vechta, which is also in Lower Saxony. Kessens writes about the region he is from, and where he lives.

None of his works have been translated as yet, but if you understand German, you will definitely gain insight into the immigration experience by reading his novels. Foremost among them is: Freiheit und gebratener Speck. (Damme: Taurino-Verlag, 1997). The title translates as “Freedom and fried bacon,” and makes a statement about what German immigrants were seeking in America: freedom and good food on the table for their families