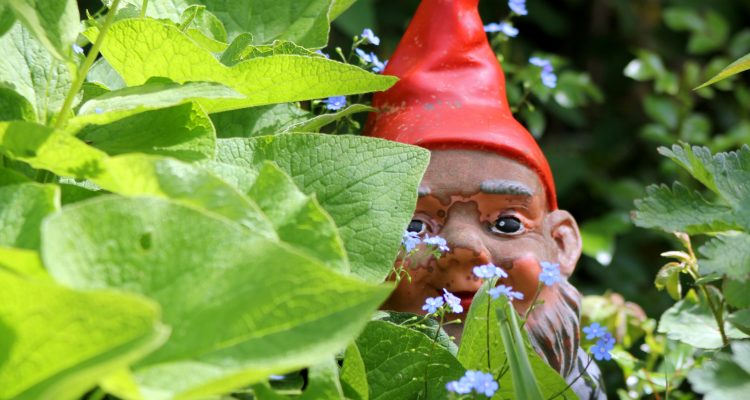 Germanic Keepers of Treasure and Wisdom

Swiss physician Paracelsus described gnomus—spirits of Renaissance magic and alchemy—in his 1566 Liber de Nymphis, Sylvanis, Pygmaeis, Salamandris, et Gigantibus etc. He possibly coined the word or drew it from a Latin term meaning a Greek “earth-dweller”, a reference to such creatures living underground. Gnome derives from the Renaissance Latin gnomus and the Greek gnosis (knowledge). The German word for gnome is erdmännlein.

Gnomes were believed to be mountain and earth spirits which guarded subterranean treasure such as veins of gold. They were usually depicted as bearded males wearing hooded brown outfits. While gnomes were considered earth spirits, the other three elements were also present: water with undine, fire with salamander, and air with sylph. Paracelsus considered gnomes to be the most important of the elemental earth spirits and characterized them as humanoid creatures standing two spans (18 inches) tall, who were wary and shy of people, and had the ability to walk through solid walls or rock as easily as fish swim through water. In 19th century fairy tales, the meaning of gnome became entangled and blended with other names for “little people” such as leprechaun, goblin, and brownie.