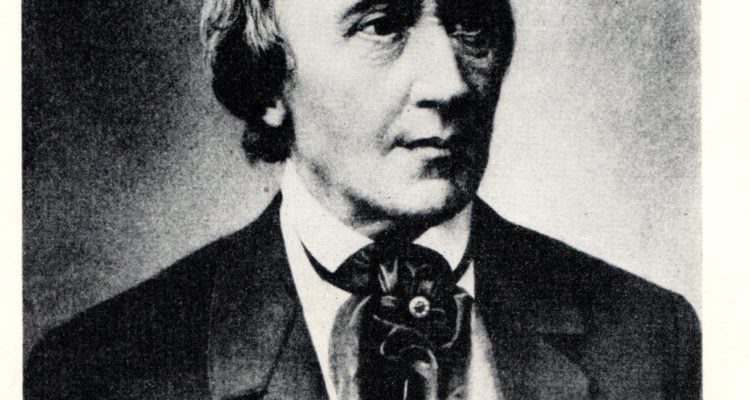 Some composers of music are celebrities during their lifetimes, with their fame lingering on, long after they’re gone. (Think Mozart, Beethoven, Liszt.) The reputations of others die with them, or soon fade into obscurity. Some are virtually unknown in their own era, only to be “discovered” decades or even centuries later. And the popularity of others waxes and wanes—well known to the public when still alive, they’re forgotten by later generations, then “re-discovered” by researchers digging into archives or other traces left behind by the once-famous person.

The 19th century German composer, Robert Franz, falls into that last category. The subject of a new study by a British researcher, Victoria Edge, Franz was primarily a composer of German Romantic Lieder, or songs, although he composed other works, too, such as an arrangement of Schubert’s string quartet in D minor, “Death and the Maiden,” for piano duet. During his lifetime, Franz’s Lieder were performed in private settings and public recital halls across Europe and North America, delighting audiences with the depth of feeling expressed in the words and music. By the 1860s, some people considered him to be the most significant song composer of his time. According to Edge, Franz’s songs were extremely popular and successful from the 1840s until around 1920, when they lost popularity in Germany, then in Britain and North America. Although I love German classical music myself, I had never heard of Robert Franz until recently.