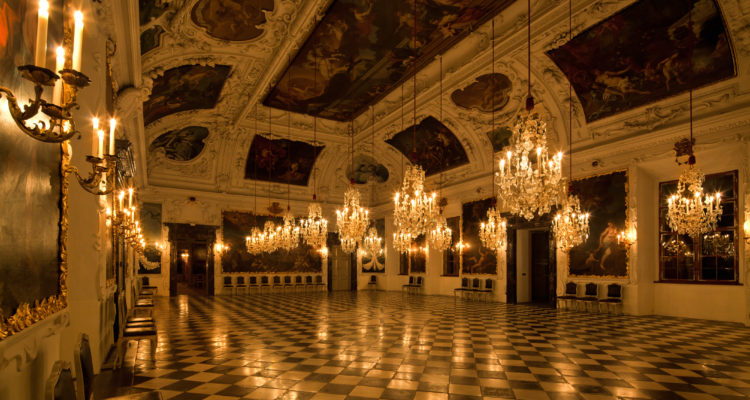 If you take tram line number 1 to the western edge of Graz and get off at the Schloss Eggenberg stop, you will spot the white and yellow façade of Graz’ Eggenbergs’ palace through the alley of trees. Eggenberg Palace isn’t just a gorgeous relic of 17th century Baroque architecture but is a UNESCO World Heritage Site. Its four corner towers and decorated entry portal don’t look out of character for a former noble residence yet there is something mathematically unique with the palace design.

The princely family of Eggenberg built their palace on top a medieval family residence during the Thirty Years War. They were rich merchants who cleverly entered Emperor Ferdinand II’s political circle and ascended to brilliance and education which is how their estate’s architecture became entirely based on the Gregorian calendar and Enlightenment astronomy.