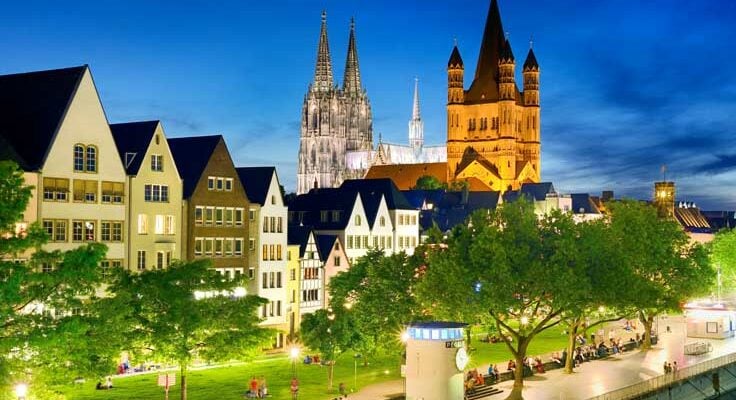 Drink doch ene met.
”Drink one with us” and sample the city’s sights.

If I mention Kölsch to you, I could be describing a person from Cologne (Köln), or its traditional dialect, or something else that is typically of Cologne. But I’d probably be wasting my breath, because if you’ve ever been to Cologne, the first image the word conjures is a light golden, crisp, clear, refreshing beer (or ale, as purists will insist) served in a tall, slender, almost seven-ounce glass. Kölsch is one of the few beers in the world that has a protected geographical indication, much like the appellation d’origine contrôlée for wine.

According to the Kölsch Konvention signed by members of the Cologne Brewers Association in 1986, only top-fermented, cold conditioned beers brewed according to strict standards, and only in or near Cologne, can be called Kölsch; and, since 1997, the name has been protected in the whole European Union. Of course, like all German beers, Kölsch is brewed according to the 500-year-old German Beer Purity Law, which specified that beer must be made only from barley, hops, and water. In 1516 they didn’t realize that some natural yeast made the whole process possible and later the law was amended to include yeast.