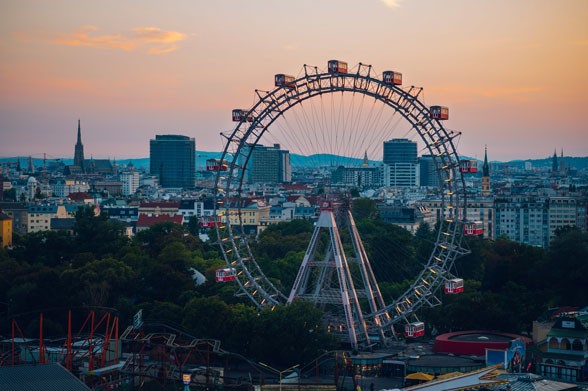 The story of the Wiener Riesenrad (Viennese Giant Ferris Wheel) has its beginnings in 1766 when Austrian Emperor Joseph II gave his former hunting grounds for recreational use by the public.

Ferris wheels, named after the American engineer George Washington Gale Ferris Jr., were all the rage in the late 19th century. Theatre entrepreneur Gabor Steiner knew his city needed one and is generally credited with bringing it to Vienna. The Wiener Riesenrad opened to the public on July 3, 1897, to celebrate the 50th anniversary of the reign of Emperor Franz Joseph yet very few of the public were likely to have been able to pay the fare of eight guilders to ride it back then as the distinction between the nobility and the majority was evident.