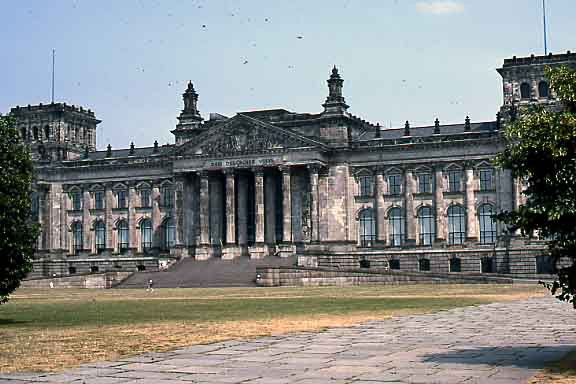 Germans we met on our trips to Europe in the late 1970s all seemed to ask if we had “seen Berlin.” As a child of World War II, my newsreel-formed images of the city were ghostly remnants of burned-out buildings, streets piled high with rubble and lines of old women in shawls passing rocks to each other, bucket brigade style. I had little interest in the city but my wife, Liz, correctly interpreted the persistent questions as pride in—and support for— their fractured, former capital. Given the reports of a drab, lifeless East Berlin, and a West Berlin encircled—almost under siege—by the communist enemy, I found their advocacy puzzling. What’s to like? I asked myself. And then we went.

I won’t forget that first drive through East Germany. At the Helmstedt border crossing we endured—with hearts pounding (mine at least)—the East German soldiers’ intimidating, relentless stare-down tactics and, 30 minutes later, as we left the border area, the fright of our rental car being waved to the side of the road by an armed guard. Through my open window he spoke harsh German. We understood not a word. After a minute or so of futile back and forth, the frustrated border cop reached through the car window in the direction of my left ear. As I froze in terror, he grabbed, and several times jerked, the seatbelt hanging near the window…the one I had failed to re-fasten when we left passport control. Point taken, we paid 10 West German marks and were soon on our way.