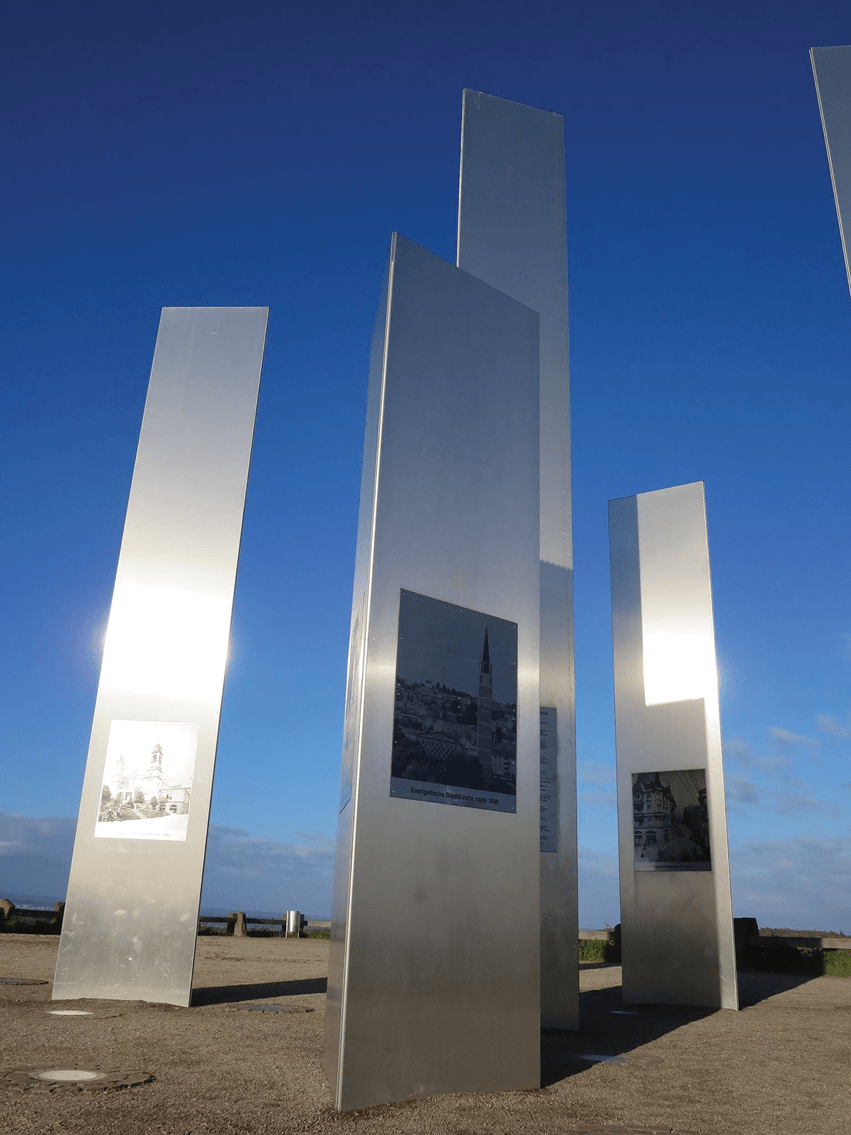 Destroyed by Allied bombing, Pforzheim started anew as the remains of the city’s former self silently keep watch.

Nestled in a valley at the gateway to the Black Forest lies an unusual monument to one of the Second World War’s forgotten victims. The memorial, set high on a hill overlooking a bustling urban center, doesn’t mark the resting place of a person. Rather, it marks the resting place of a historic city and many of its inhabitants, obliterated in a single night of fire. The thriving community it overlooks hums with modern life, but the memory of one horrible night is never far from its collective consciousness.

Pforzheim is not on the tourist route, nor is it a place visitors seek for the historic half-timbered medieval ambience of places like Rothenburg or Dinkelsbühl. Located in a valley at the gateway to the Black Forest, Pforzheim hums along with 21st century energy. It exhibits all the traits of the modern German metropolis: focused efficiency, cultural diversity and economic prosperity. With a population of 120,000 souls, the streets buzz with the coming and going of immigrants in headscarves, professionals in suits and scruffy students attending the city’s well-respected university. Department stores and eateries crowd the main drag of the central shopping district.