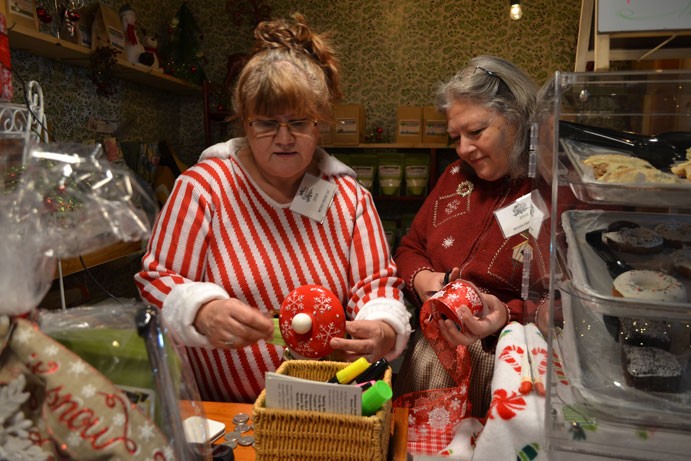 Hints of a German Weihnachtsmarkt draw thousands of curious visitors

A legendary Wisconsin getaway, Elkhart Lake, known years ago by native Indians as “the chosen spot,” and later a draw because of its deep, pristine water, natural beauty and relaxation facilities, now has another big draw. Starting in early December the Osthoff Resort, located in the middle of this small community of 1,100 people, sponsors what has become an overwhelming annual holiday attraction. The Old World Christmas Market continues for about 10 days, attracts as many as 14,000 visitors who come for the delicious hot Glühwein, the crisp potato pancakes, the Lebkuchen imported from Germany, the hand-carved wooden cuckoo clocks…and the chance to see Father Christmas.

It all began when Osthoff General Manager Lola Roeh lived in Germany for a year when her husband was in the Army. “It was a magical time for me since my family is German,” she explains. Both her mother and father were of German origin, and the Christmas market idea seemed a natural extension of the markets she visited there.